Adults living at home has doubled compared to 1995: Statistics Canada 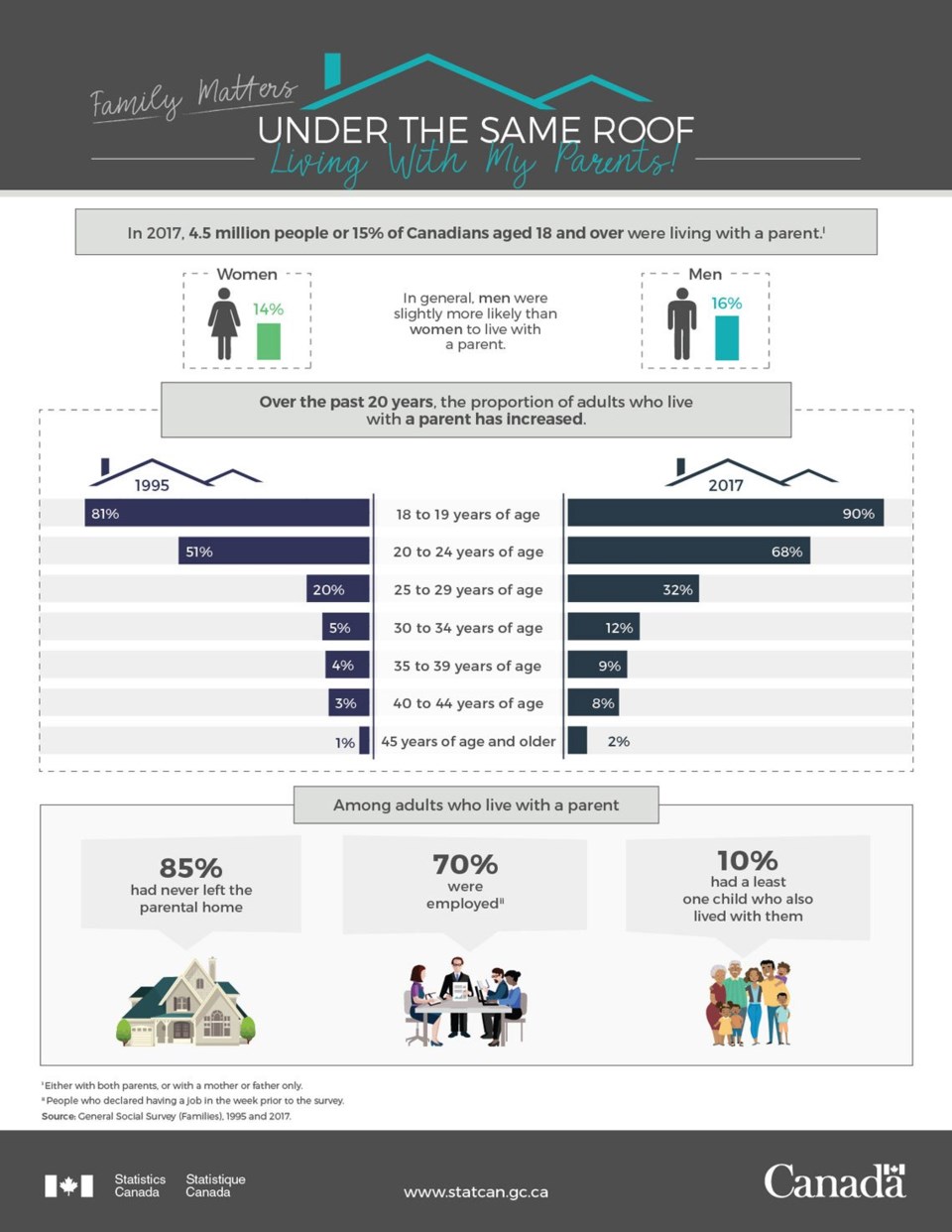 According to new findings released by Statistics Canada, the typical family dynamics of households may be changing across the province.

The results come from the General Social Survey (GSS) on family. It found that the number of adults living with their parents has doubled when compared to 1995. The findings say that nearly 1.9 million Canadians, which accounts for 9% of the population aged 25 to 64, lived with at least one parent in 2017.

Unsurprisingly, a significant number of adults living at home are students, with the obvious reason being the high cost associated with a post-secondary education.

What may be more surprising to many is that a high number of those living with a parent have paid employment. Nearly three quarters of adults 25 to 64 fell into this category.

Another finding from the results shows that gender played a role. Men were fare more likely to share a home with their parents than women, especially at younger adult ages.

These adults who still share the mailbox with a parent have often never done otherwise. The GSS found that about 1.4 million people had always resided with at least one parent.

About the Author: Dana Roberts