“I think we have to look at how we are conducting ourselves when it comes to school bus stops and our most vulnerable student population which are the junior kindergarten and senior kindergarten students.”
Oct 3, 2016 8:00 AM By: Chris Dawson 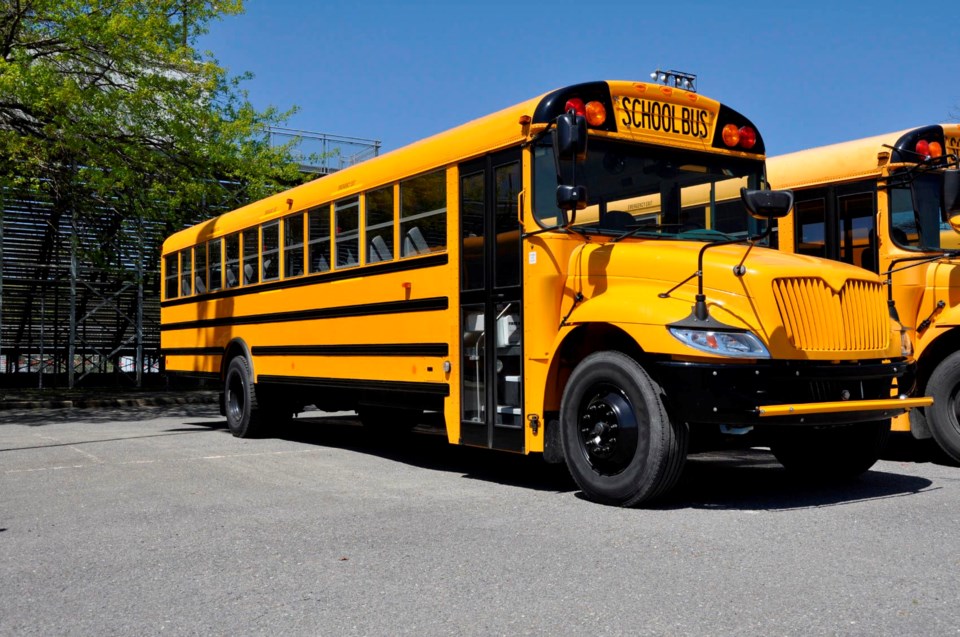 Lena Cormier gathered all her bus drivers for a survey.

The general manager of Stock Bus Lines in North Bay asked the 101 bus drivers how many times they have witnessed a driver run their school bus stop sign.

The numbers less than a month since school started are alarming.

“I have 101 buses and I’m going to say 70 percent of our buses have had at least one vehicle go through their lights and stop arms since school started,” admitted a frustrated Cormier.

Cormier doesn’t know the reason for the increase but she says it is taking its toll on the drivers who worry the next time it happens, one of the young children leaving their bus will be hit by a car.

“It’s a significant increase on stress for the drivers, and for us safety first is the policy,” noted Cormier.

“It’s very concerning, the drivers go through a lot of anxiety when a situation like that takes place, sometimes we hear it in their voice on the radio as they are calling it in.”

While the city police has been supporting and watching school buses early in the school year, Cormier realizes they can’t follow every bus around town looking for drivers running school bus stop signs.

“We need to minimize the risk if we can’t get the public to follow the laws and do what it is we need to do in order to keep our children safe.”

Cormier believes they need to do something, and do it now.   That’s why she is talking with the police and the city in hopes of creating city designated school bus stops, which would mean an end to home student pick up and delivery.

“Then the public knows where these bus stops are or they can either avoid them because they don’t want to be inconvenienced by stopping for a school bus but at least then we are more aware and we are not implementing new stops on a regular basis because of the junior kindergarten and senior kindergarten programs,” she said.

Cormier insists change is necessary as the bus service needs to be pro-active and not wait until after a child is run over before something is done.

“I think we have to look at how we are conducting ourselves when it comes to school bus stops and our most vulnerable student population which are the junior kindergarten and senior kindergarten students.”

Sunny and cool day ahead for Tuesday
0

‘Exciting’: IAMGOLD could begin extracting gold at Gogama mine as soon as next year
0