Everybody is safe, and the band credits Saultites for helping them out in the aftermath
0
Oct 28, 2016 12:08 PM By: Mike Purvis 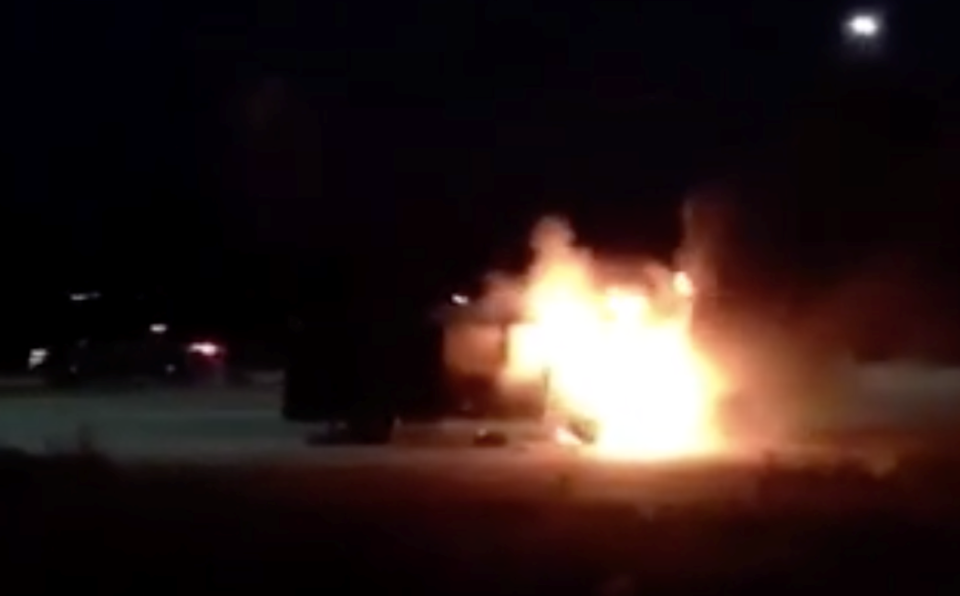 Members of Montreal band The Damn Truth are thankful to be alive after their van caught fire on the highway last night on their way through Sault Ste. Marie.

"A vehicle pulled up next to our van, trying desperately to flag us down. We immediately pulled over and within minutes, our van was engulfed in flames," the band said in an account posted to their Facebook page today.

Lead singer Lee-la Baum tells SooToday that everyone made it out safely, including her two-year-old son Ben who is travelling with the band on their cross-country 'Devilish Folk' tour, which took them to Sudbury for a show on Tuesday. They were on their way for a Thunder Bay gig scheduled for tonight when the fire struck.

Most of the band's gear was saved as passersby managed to unhitch the trailer they were pulling and roll it a short distance away, but the band did lose "our most beloved guitars, all of our merch and most of our personal belongings," to the flames.

Still, they're just grateful that everyone is safe and thankful to those who helped them, said Baum.

"We would like extend a huge thank you to the fire department, the police department and the wonderful people here in Sault Sainte Marie that helped us when we were stranded by the side of the road. They took us into their cars, drove us to a motel, offered food, help and emotional support and even a new car seat for Ben, for which we are truly grateful," the band says in a post.

About the Author: Mike Purvis

Michael Purvis is a writer, photographer and editor. He currently serves as managing editor of Village Media
Read more

Expect to pay around 98.9 at the pumps in Sudbury today
0