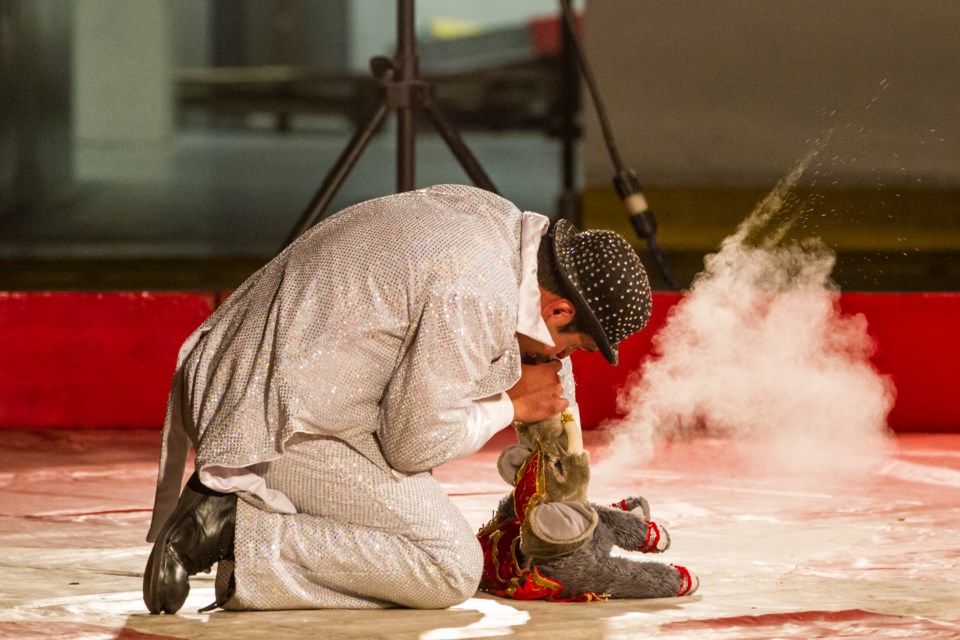 Anyone concerned about how circuses treat animals should pay attention to the City of Barrie this fall.

Council will soon be debating a recommendation to ban the use of exotic animals when the circus comes to town.

"Circuses are great, but leave the animals out of the mix," Audrey McClure, an Angus resident told Barrie's community services committee at a meeting this week.

"I just feel that Canada is so far behind on this issue."

McClure wrote to Barrie council in June, urging the city to ban circuses that include wild animal acts such as elephants, tigers and bears.

"I feel that it is important for council to hear what's happening in other communities," she said. "Education is everything and I have no doubt that people are becoming more aware of animal issues and things are changing."

While the current animal control bylaw prohibits keeping certain "exotic" animals in Barrie, the committee is urging a ban on the use of exotic animals in circuses visiting Barrie.

The recommendation falls a step short of the finish line for McClure, who also suggested a ban on travelling reptile shows "and other exotic animal displays held throughout the country.

"My hope is that Barrie will take steps to protect animals," she said.

The idea of banning circuses came to council earlier this year, when over 500 people voted in the city's online suggestion forum. Whenever a suggestion receives 500 votes, it is brought to council's attention.

"It's time to move to the 21st century where we don't abuse animals for entertainment," wrote Jodie Conrad. "Vote the circus out."

Those in favour of the ban identified cruel training practices and poor living conditions for animals travelling with circuses.

The Shrine Circus is the only animal show to perform in the city recently, and this summer there were no elephants or other animals included.

Julie Woddyer, of ZooCheck Canada told the committee there were no animals because organizers were unable to meet requirements to cross the border with the animal acts.

Woodyer suggested a ban on all wild or exotic animals and reptile shows, including small operators that travel to children's birthday parties and others small special events.

"It's a hotbed for disease," she said. "We are talking about wild, dangerous animals."

Zoocheck is a Canadian-based international wildlife protection charity established in 1984 to promote and protect the interests and well-being of wild animals, working with a broad range of collaborating partners around the world.

Woodyer used several stories to illustrate how training methods are cruel to animals and dangerous to the public. One recent incident involved a black bear running into the audience at a travelling animal act in Bracebridge.

Committee chair Bonnie Ainsworth questioned the safety and humane nature of petting zoos that are often included in festivals and city events.

There was at least one complaint about the care and living conditions of donkeys at a petting zoo in Barrie last summer. That complaint was investigated by the Ontario Society for the Prevention of Cruelty to Animals and dismissed.

"The problem is that the SPCA has no ability or expertise in looking at wild animals," Woodyer said. "Nor do they have the ability to understand the danger factor. Their expertise and training is geared to dogs and cats . . . domestic animals."

Similar bans are being enforced by several municipalities and countries around the world and shows are attracting crowds with animal-free acts.

Voters on the city's open forum were unanimous in their support for banning wild/exotic animal acts.

"Abusing and exploiting animals in the name of profit is outrageous!," said Victoria T.

"Between acts these endangered species are kept chained up like bicycles or confined to cramped pens."

The recommendation to ban circuses with exotic animal acts from visiting Barrie will be debated by the general committee this fall, before city council has an opportunity to debate and vote on the issue.

#TheSoapbox: Is democracy on the defensive?
0