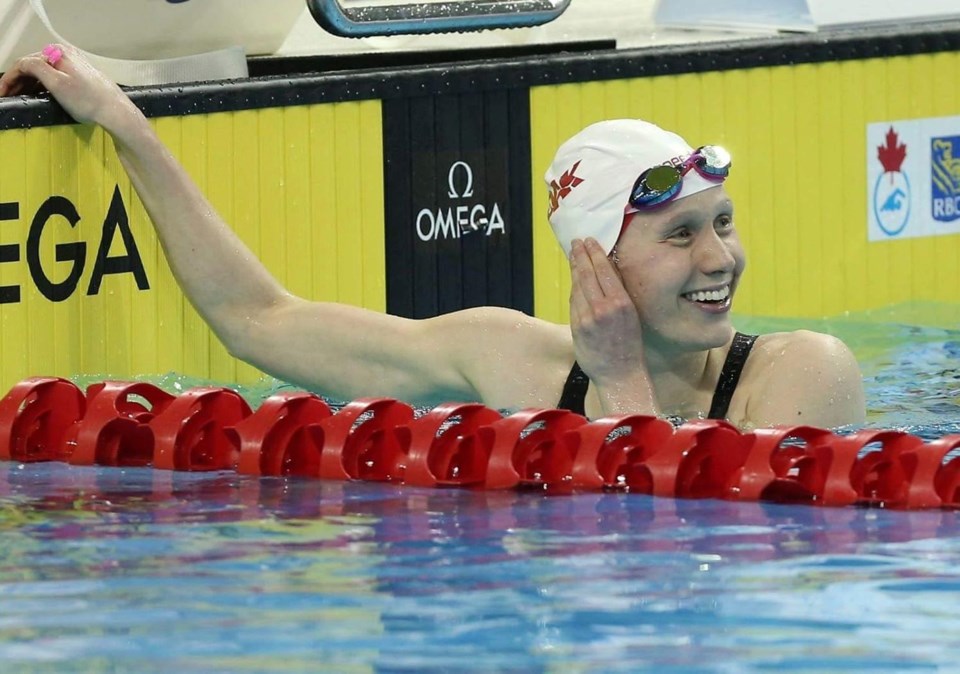 Dominique Bouchard earned a second swim at the Rio Olympics on Sunday, which might assist her as she readies for her signature event.

The North Bay native ultimately finished 12th in women's 100-metre backstroke after posting a time of one minute 0.54 seconds on Sunday night at the Olympic Aquatics Stadium in Rio de Janeiro, Brazil. The cut-off to swim for the medals on Monday was 59.35.

Bouchard, 24, also qualified 12th out of the early-afternoon heats. Canada will have a racer in the final, as Kylie Masse of LaSalle, Ont., qualified fifth after swimming 59.06 seconds to tie the Canadian record.

"Just want to thank everyone for the support today," Bouchard stated on Facebook shortly after the race.

"I have to say that I am very disappointed with the outcome of my race tonight and was hoping for more. On the bright side my Olympics aren't over and I will have the opportunity to compete again on Thursday."

The University of Missouri alumna is stronger in the 200-m breaststroke, which takes place on Thursday and Friday. Bouchard finished sixth in the event at the 2015 World Aquatics Championships.

Regardless of her placing, Bouchard achieving Olympian status is of huge import to the swimming community in North Bay. Getting to the Games has become even more of a feat in itself. Merely winning a race or finishing second at the Canadian Olympic & Para-swimming Trials isn't enough; a swimmer needs to meet the FINA 'A' standard (a time that would have been top 16 at the prior Olympics).

“Anyone who was a part of the Titans while she was swimming with us knew that she would one day make it to the Olympics.

“We are very excited to be watching and cheering her on. She is a wonderful inspiration to all present and future Titan swimmers.”

The 200-m backstroke heats are scheduled to begin at 1:36 p.m. EDT on Thursday. Bouchard is in Heat 2, while teammate Hilary Caldwell of White Rock, B.C., is in Heat 4.

Swimming Canada has set a goal of qualifying for 14 finals in Rio. Through Sunday, it has already qualified in six.

About the Author: Neate Sager