Check out this funnel cloud spotted over Lake Nipissing on Friday 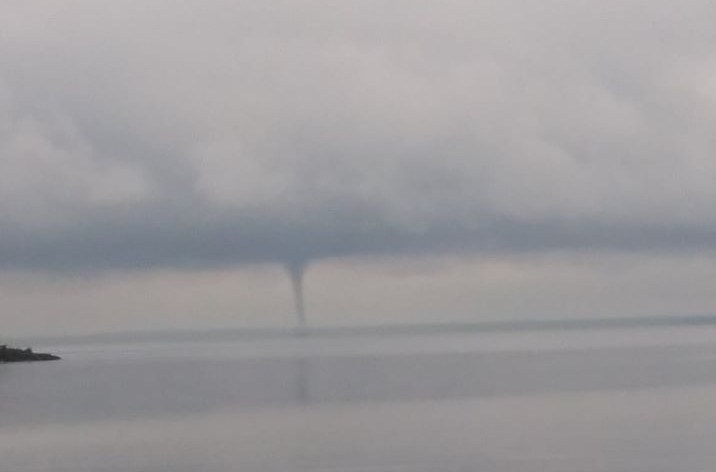 This funnel cloud over Lake NIpissing as spotted around 11:30 this morning. Photo courtesy Facebook.

"My husband just took a photo of what appears to be either a tornado or a funnel coming across lake Nipissing," said Mary Emma Frances in a Sturgeon Falls Facebook Group.

"He said it seems to be heading towards North Bay.," said Mary Emma Frances in a Sturgeon Falls Facebook Group. "Our cottage is close to Garden Village."

Shortly after her post, Environment Canada issued a weather advisory noting that conditions are favourable for the development of funnel clouds today in the North Bay-West Nipissing area.

"Funnel clouds, in rare cases, these may develop into a landspout tornado," stated Environment Canada.

These types of funnel clouds are generated by weak rotation under rapidly growing clouds or weak thunderstorms. This weak rotation is normally not a danger near the ground. However, Environment Canada believes there is a chance that this rotation could intensify and become a weak landspout tornado.

Premier Doug Ford to make an announcement at 12 p.m.
0

Many local gas stations have hiked their prices to 138.9
0