CN shuts down eastern rail network, Via service due to anti-pipeline blockades

OTTAWA — Canadian National Railway Co. says it must shut down its entire train network in Eastern Canada due to protesters blockades.
0
Feb 13, 2020 5:56 PM By: Canadian Press 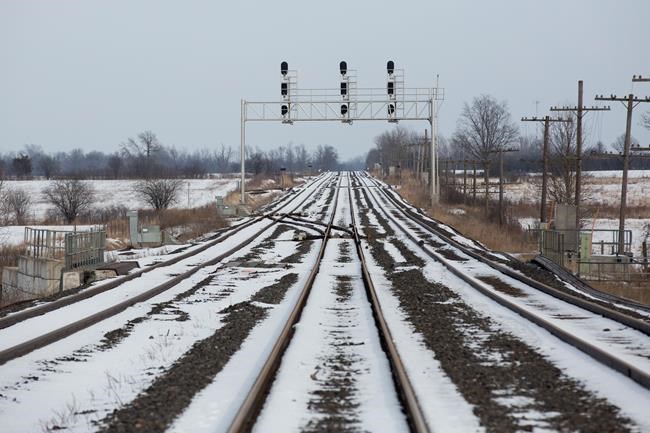 OTTAWA — Canadian National Railway Co. says it must shut down its entire train network in Eastern Canada due to protesters blockades.

The company says that means stopping all transcontinental trains across its Canadian network and it may lead to temporary layoffs for eastern Canadian staff.

Via Rail says that also means shutting all its passenger service in Canada, which mostly uses CN track.

CN Rail says in a statement it has sought and obtained court orders and requested the assistance of enforcement agencies for the blockades in Ontario, Manitoba and British Columbia.

It says while the blockades have been dismantled in Manitoba and may be ending imminently in B.C., the court order in Ontario has yet to be enforced and continues to be ignored.

Protesters across Canada have said they're acting in solidarity with those opposed to the Coastal GasLink pipeline, which crosses the traditional territories of the Wet'suwet'en First Nation in northern B.C.

CN Rail says it has tried to adjust its operations to serve customers but it is now left with the only remaining responsible option: progressively shutting down eastern Canadian operations.

"With over 400 trains cancelled during the last week and new protests that emerged at strategic locations on our mainline, we have decided that a progressive shutdown of our eastern Canadian operations is the responsible approach to take for the safety of our employees and the protesters," said JJ Ruest, president and chief executive officer at CN in a news release.

"This situation is regrettable for its impact on the economy and on our railroaders as these protests are unrelated to CN's activities, and beyond our control. Our shutdown will be progressive and methodical to ensure that we are well set up for recovery, which will come when the illegal blockades end completely."

This report by The Canadian Press was first published Feb. 13, 2020.