'I actually want to say desperate at this point. Are we going to be able to have a business or we're going to lose the business? How much longer can we survive doing what we're doing'
Jun 23, 2020 7:35 AM By: Mackenzie Casalino 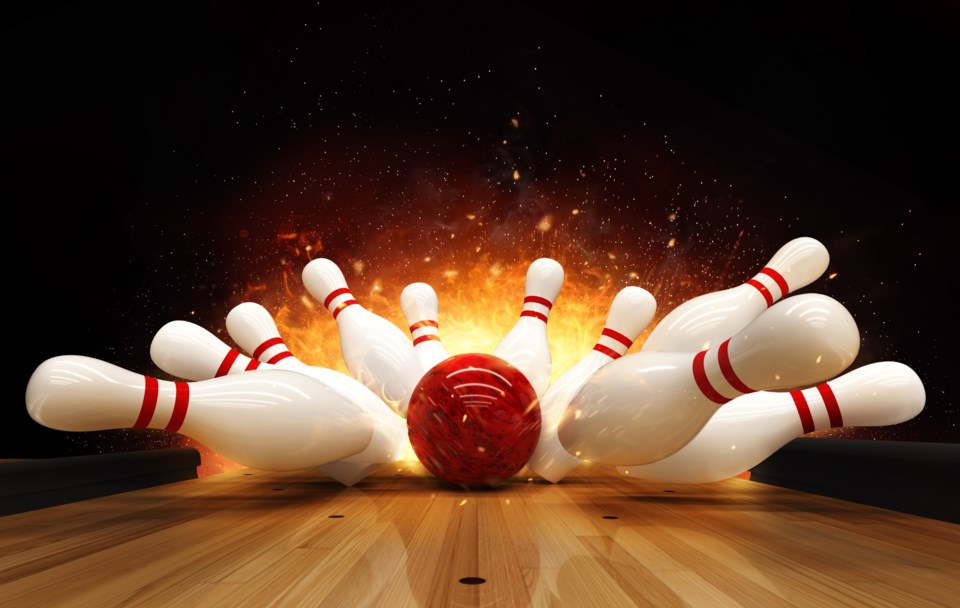 NORTH BAY — While many businesses throughout the province have been able to reopen as part of Ontario’s Stage 2, bowling alleys are not among them.

“They opened up massage parlours and tattoo shops, but you can’t open a bowling alley,” says Daniel Lawrence, owner of RiverBowl & Billiards in Burk’s Falls.

The problem, he says, is that players are unable to keep six to 10 feet apart.

And it isn’t fair, Lawrence says.

In North Bay, Kim Thibault, manager of Partners Billiards & Bowling, is upset because splash pads have been able to reopen, but they will not be supervised and will not be sanitized.

“Here we are going through all of these measures trying to do everything that we possibly can to open our business,” Thibault says.

“Then we're told no, we can't open, but then they go and open (the splash pad). They have no way of protecting it, or protecting the people who are going there.”

Both believe it is possible to socially distance while bowling, separating bowlers by only opening every other lane.

Denis Deschatelets, of Chatelanes Bowling in Sturgeon Falls, admits he might not be able to sustain his business if he was to open with only half the lanes in use, saying he doesn’t know if there would be enough money coming in “to survive with all the high taxes and everything we pay.”

All three say they were already cleaning balls and shoes before COVID-19.

Thibault has brought back staff members for the chip truck and restaurant, but business is slow.

“It's not very busy. I don't know if it's even worth it at this point to have it open because summertime is our downtime to begin with. We're a bowling alley and a pool hall, and people come here to entertain. They want to come here and do things. They don't just come to sit here and drink.”

Lawrence and his wife are the only employees at their bowling alley and don’t qualify for federal financial assistance. Deschatelets also is the only full-time employee on staff and did not receive any financial aid.

Thibault says they have applied and received government funding for their staff.

“The whole thing was very poorly thought through,” says Lawrence.

Deschatelets says he’s disappointed not to be able to reopen for events like the Special Olympics, seniors bowling, leagues and birthday parties.

He’s going to wait until September to reopen.

“I'll let everything ease off (and) see how things are going to change.”

“I still need a living. That's my only source of income.”

But Thibault is concerned she may have to close the business.

“I feel so defeated at this point. Why are we going through all of this and we can't even open our business?”

The reopening, Lawrence says, focused on larger companies, not the small mom and pop businesses like his.

All three businesses say they would be ready to reopen if given the chance. Lawrence has been working on renovations during the closure, but the costs are adding up.

Thibault has invested money in Plexiglas, masks and cleaning supplies. She says they have a plan to have one person take care of a group; they would provide them with shoes, food and drinks and debit/credit machine so they do not have to leave the lane.

“I actually want to say desperate at this point. Are we going to be able to have a business or we're going to lose the business? How much longer can we survive doing what we're doing?” wondered Thibault.

Thibault says bowling would be a great way to entertain kids while school is out and people are staying at home.

“It's a place where people come, they bring their kids. I can only imagine how crazy people are going at home with their kids not being able to bring them out or do anything. Just like on a regular school day where they're off, we are jam packed full because they want to do something to keep the kids busy.”

Lawrence says his business is a source of entertainment for the community and tourists, especially in the winter.

“We're the only bar, we're the only spot on the river . . . that really sells food besides the Tim Hortons or Subway, but the only spot to do something recreational for birthdays…. So it would be a huge blow to the town; not only this town but the surrounding towns that we draw everywhere from Huntsville to Magnetawan to Powassan.”

Deschatelets says his business has been open since 1964. He says it’s an important feature in the community and it would be sad to see it close.

“It's like a landmark for the community. Everyone knows where the bowling alley is.”

Local Journalism Initiative reporters are funded by the government of Canada.

About the Author: Mackenzie Casalino

Mackenzie Casalino is a Local Journalism Initiative reporter who works out of the North Bay Nugget. The LJI is funded by the government of Canada
Read more

Training your body for surgery may improve recovery, reduce complications
0

American couple charged for not self-quarantining after entering Canada
0