'The initial investigation indicated that two individuals fled the car involved in the collision'
0
Oct 8, 2019 8:14 AM By: Jeff Turl 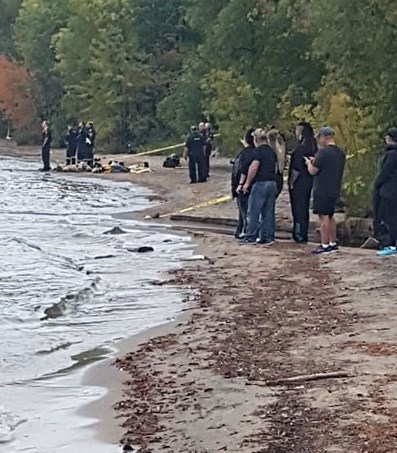 NORTH BAY — North Bay Police now say a man that fled police last week and drowned in Lake Nipissing was alone at the time of his initial car accident.

"The North Bay Police investigation has ascertained that there was not a second person in the motor vehicle at the time of the collision. It was determined the information concerning a second person was in fact a person who was in close proximity to the collision scene and was not actually in the car."

The 20-year-old man who went missing last Tuesday in Lake Nipissing and was recovered Wednesday afternoon by the OPP dive team.

North Bay police officers went to the Main Street West and Memorial Drive area after getting a report of a vehicle being driven erratically.

Prior to police arrival, the vehicle became involved in a single-vehicle collision in the area of Jet Avenue and 10th Ave. The driver of the vehicle fled on foot toward Lake Nipissing.

When police, fires services, and EMS arrived on the scene, the man ran into the lake. Despite repeated requests for him to get out of the water, he swam further from shore until emergency personnel lost sight of him.

North Bay Police continue to investigate the collision scene and ask anyone who may have information that may assist police to call the North Bay Police Service at 705-497-5555.

'Unacceptable': Man utters death threats at North Bay-area winter carnival hockey tournament
Feb 28, 2020 8:03 AM
Comments
We welcome your feedback and encourage you to share your thoughts on this story. We ask that you be respectful of others and their points of view, refrain from personal attacks and stay on topic. To learn about our commenting policies and how we moderate, please read our Community Guidelines.