Group stopped by Northgate Shopping Centre security for eating lunch on the floor of the food court
Jun 26, 2020 11:00 AM By: Chris Dawson 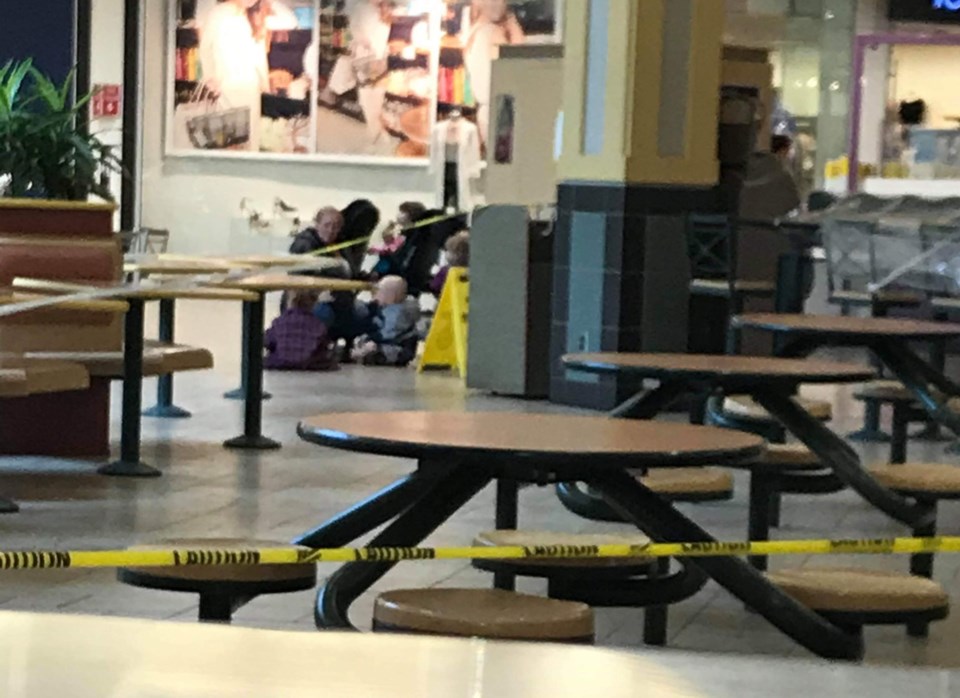 NORTH BAY — If you have visited Northgate Shopping Centre since its re-opening, it is pretty obvious that the food court is still closed. The area has a spider web of caution tape around the seating and signage outlining the COVID-19 protocols.

However, an observant shopper was stunned on Wednesday when she walked by to find a small group of adults and young children which she described as a "daycare group" having lunch on the floor of the mall just outside the food court.

“I would want to know if this was my kid being brought out, to a public place with no mask, and told to sit on the floor to eat," said the witness who took a photo of the mall floor picnic.

She told BayToday this mall picnic was shortlived as mall security guards arrived during the meal and told the group to get up and pack up their lunch. No word if the group was actually kicked out of the mall or if the group ate lunch indoors only because of the rainy weather outside.

Jordanna Grant, marketing director at Northgate Shopping Centre confirmed to BayToday that eating near the food court is still prohibited.

"I’m not sure about this daycare group however currently as per the provincial guidelines (similar to restaurants) we are not able to open our food court and are letting the public know it is takeout only," said Grant.

‘She was our hero’: Mom thanks business owner for small gesture that meant a lot
0

Chances of showers throughout the day Tuesday
0