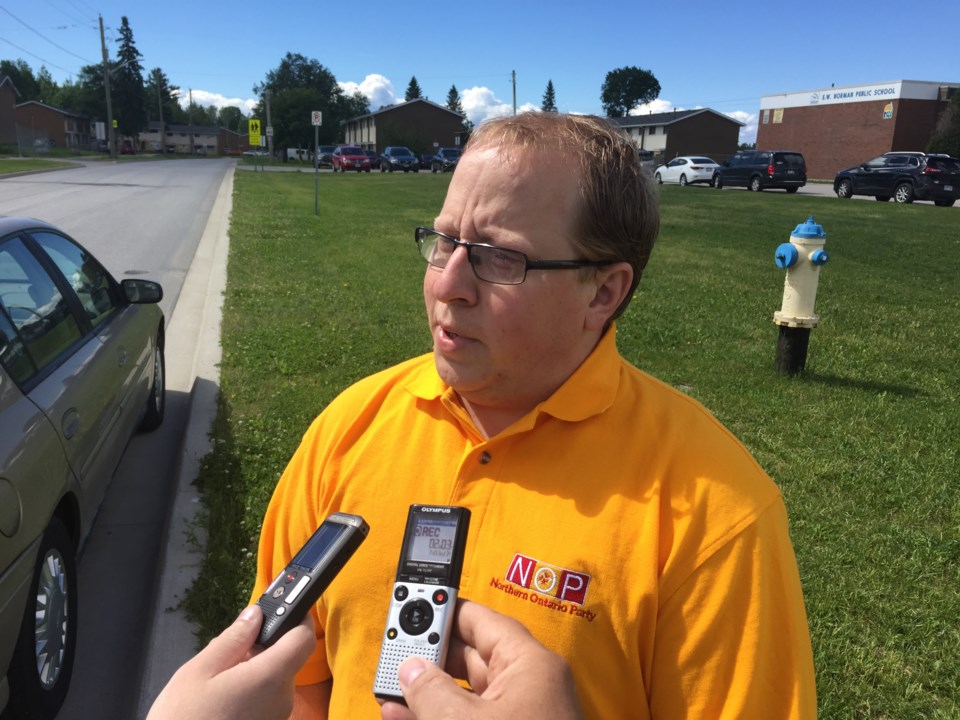 Northern Ontario Party Leader Trevor Holliday stood on the grass at EW Norman Elementary School in North Bay, which just happens to be right across the street from Holy Cross Elementary School which is part of the Catholic School Board.

Holliday chose the location to make a point about the lack of attention he says education is getting from the government, especially when it comes to the discussion of operating under one single school board.

“There is no more beating around the bush or hiding stuff, we are calling people forward saying education is hurting and it needs attention, stop hiding it,” said Holliday at his small press conference outside of the Near North District elementary school.

Holliday is calling for a referendum on the subject.

He hopes to see the Liberal government Introduce legislation in the fall sitting to provide for a referendum to be held in conjunction with a provincial general election as such legislation does not currently exist.

He’s also asking for a plebiscite to be held during the next provincial election on the educational system to figure out from the people whether there should be one school board or continue status quo with the current four school systems in the province.

“That needs to be left to the people. I have heard debates back and forth on both of them and that’s why I am saying people need to decide,” said Holliday.

“No more legislature hiding it or making up the decisions. They are voted in by the people so why not represent the people by having a simple vote on the ballot to say one school system or keep going the way it is.”

A Northern Ontario mineral solution that kills COVID-19 is heading to commercial production
Mar 5, 2021 9:00 AM

Fraudsters preying on people's insecurities in the midst of pandemic
0