Fatal transport truck accidents up 40 per cent in Ontario 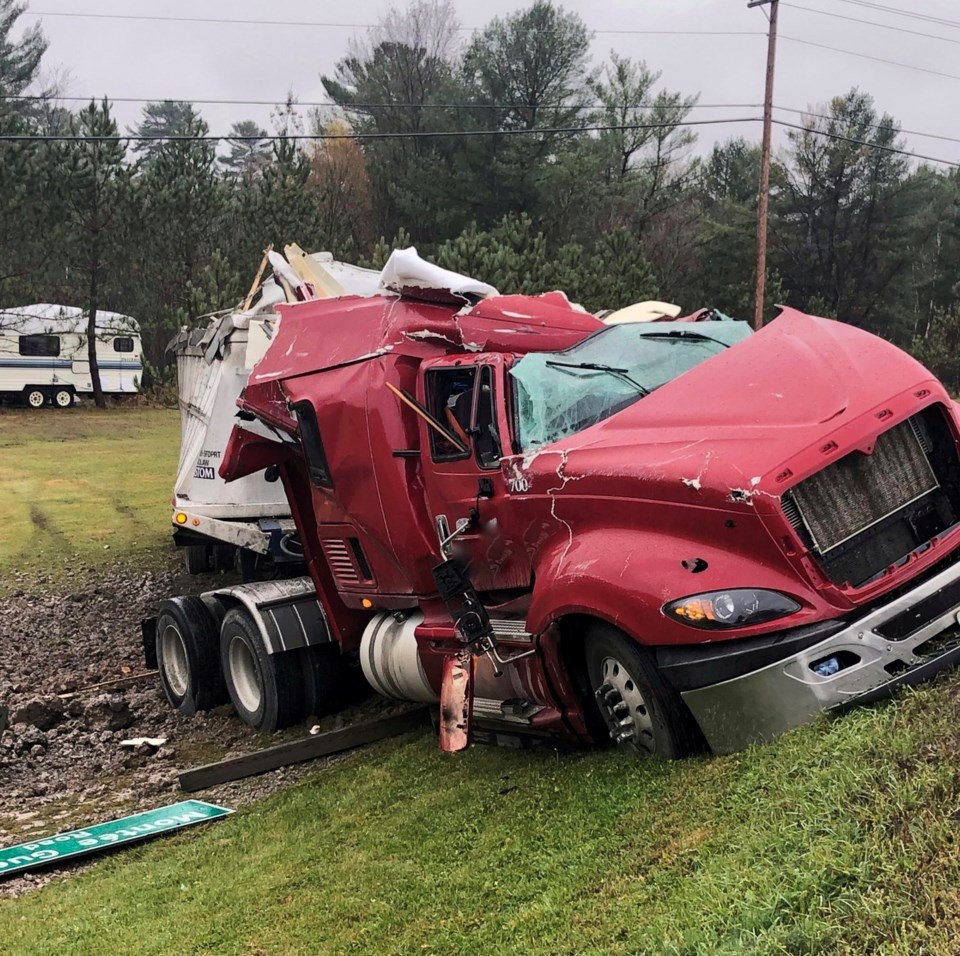 The Ontario Provincial Police is reporting a significant increase in commercial motor vehicle (CMV)-related fatal collisions. and the OPP believes that is a clear sign that many drivers are disregarding the additional risks these types of collisions carry.

From January 1 to June 30, 2021, the OPP responded to 32 fatal crashes that involved a CMV, compared to 23 such collisions at this time last year.

Heading into the second half of 2021, 2,956 CMV-involved crashes have occurred, up nine (9) per cent over 2020 and accounting for close to 13 per cent of the total number of collisions on OPP-patrolled roads this year.

Improper lane changes, following too closely, speeding and driver inattention on the part of CMV operators and drivers of other involved vehicles are leading factors in this year's large truck-related collisions.

A CMV can weigh in excess of 60,000 kg and, travelling at speeds of 80 to 105 km/h, generates significant momentum and energy, increasing the risk of fatality when involved in a crash with other vehicles.

During the one-week Operation Safe Driver campaign, OPP officers will be highly visible conducting enforcement and education aimed a CMV operators and other drivers, exercising zero tolerance with any motorists observed engaging in risky driving in and around these large vehicles. CMV inspections will also be conducted in partnership with the Ministry of Transportation.

Operation Safe Driver is led by the Commercial Vehicle Safety Alliance (CVSA), with enforcement and education initiatives conducted throughout North America. The goal of the campaign is to enhance CMV and non-commercial vehicle driver safety.