Both Ontario and British Columbia are taking measured approaches as case numbers in both provinces have spiked in recent days.
Sep 10, 2020 7:49 AM By: Leith Dunick 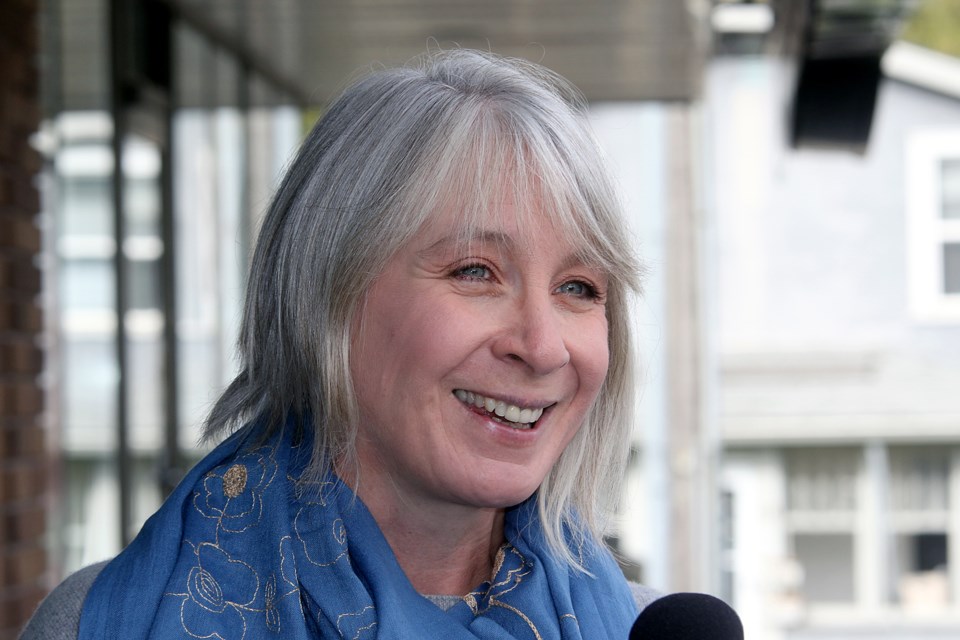 Health Minister Patty Hajdu on Wednesday, Sept. 9, 2020 says the public has an important role to play when it comes to keeping the spread of COVID-19 at bay, as case numbers grow in Ontario and British Columbia. (Leith Dunick, tbnewswatch.com)

Hitting the pause button is probably a good idea for a variety of different reasons, most notably to avoid having to go back into lockdown mode across the country.

“I think we knew that we were not done. The pandemic is not done with us. We don’t have a treatment that’s effective, we don’t have a vaccine and we know we’re living with COVID,” Hajdu said at a media availability on Wednesday outside her Thunder Bay-Superior North constituency office.

“At the federal level we’ve been planning for a variety of different scenarios that include these peaks and valleys, that include a surge. I think it’s wise that provinces and territories are looking at their numbers and trying to figure out exactly where the risk of infection is and trying to take steps to slow things down or to address changes in policies that might reduce some of the infections.”

On Monday, Ontario reported 190 new confirmed COVID-19 cases, the most since late July. The following day another 185 cases were diagnosed.

While that number dropped to 149 on Wednesday, it’s still significantly higher than in previous weeks. In British Columbia, 429 new cases were confirmed over the Labour Day weekend, prompting the new measures, which have in large part been blamed on large gatherings.

The key is to keep hammering home the fact the virus is a sneaky one and doesn’t discriminate about who it infects.

“One of the things that we have to remember is that governments are taking action, but it’s actually Canadians that need to take action as well, and one of the strongest thing we can do is stay home when we’re sick – even if we’re very mildly so,” she said.

“The symptoms can be super subtle and some people say they don’t have any symptoms at all. But largely we know people could be transmitting when they have a sore throat, for example, a slight cough, and these are things we would typically push through and send our kids to school or go to work ourselves.”

Hajdu said it’s important for parents to take COVID-19 seriously as schools reopen across the country, and not send their children to class if there’s a chance they might be feeling under the weather.

However, she is fully supportive of schools reopening.

Schools are essential for the well-being of the country and its future, something night clubs and banquet halls can never claim to be, she said. ‘

“I’d much rather see bars and large gatherings shut down than schools shut down. I think we have to make decisions as policy makers that protect the future of our young people. Part of that is a strong education system where people have the opportunity to learn,” Hajdu said.

“Schools are working really hard across the province, right across the country, to put together plans and systems that will protect students, but again, it is individual behaviour as well. We can (only) do so much as governments, as school boards, and then parents are going to have to pick up the ball as well.”