First Nations hit by mercury poisoning to get treatment centres 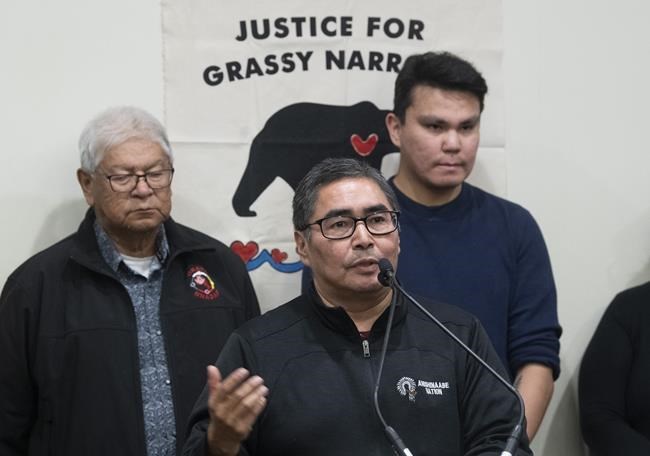 Grassy Narrows chief Rudy Turtle says a mercury treatment centre will now be a reality for his community. (File photo)

THUNDER BAY – Two northwestern Ontario First Nations hard hit by mercury poisoning from a Dryden pulp and paper mill have received commitments from the federal government for the construction of treatment centres in their communities.

Asubpeeschoseewagong Netum Anishinabek, or Grassy Narrows, and Wabaseemoong, also known as Whitedog, have each been promised funding for the centres by Indigenous Services Marc Miller.

Miller has confirmed the government will spend $19.5 million to establish a centre in Grassy Narrows. The minister told APTN that construction on the facility will begin “as quickly as reasonably possible given the fact that we’re in a global pandemic.”

Wabaseemoong chief Waylon Scott confirmed his community had secured a similar commitment. Scott met with Miller in recent weeks, and expects a framework agreement to be signed with the government soon.

Though Scott could not comment on the details of the commitment, he said Wabaseemoong is the largest First Nation in the Kenora region and is dealing with medical problems similar in scope to those in Grassy Narrows. He expected the size of the facility to reflect that reality.

Researchers have found over 90 per cent of residents in the two communities show signs of mercury poisoning. A Dryden pulp and paper mill, owned at the time by Reed Paper, discharged mercury-contaminated effluent into the English-Wabigoon River in the 1960s.

Researchers have found that had significant health impacts for both First Nations downstream, though Grassy Narrows has often been the public face of the issue.

Kenora MP Eric Melillo, who used his first question in the house of commons to press the government on the treatment centre last year, says the government’s commitment is overdue but very welcome news.

“It’s obviously an issue that’s been going on for decades, for far too long,” he said. “It’s an issue of equality, it’s an issue of quality of life for the people of Grassy Narrows. This is something the government had committed to, and I think it’s very important we held their feet to the fire to ensure they came through in the end.”

Negative test result only good for the day you're tested: Porcupine medical officer of health
May 28, 2020 8:16 AM

LUNCH BREAK: Get an up-close look at this pack of Eurasian wolves
0