Five young people overdose in Barrie in one night 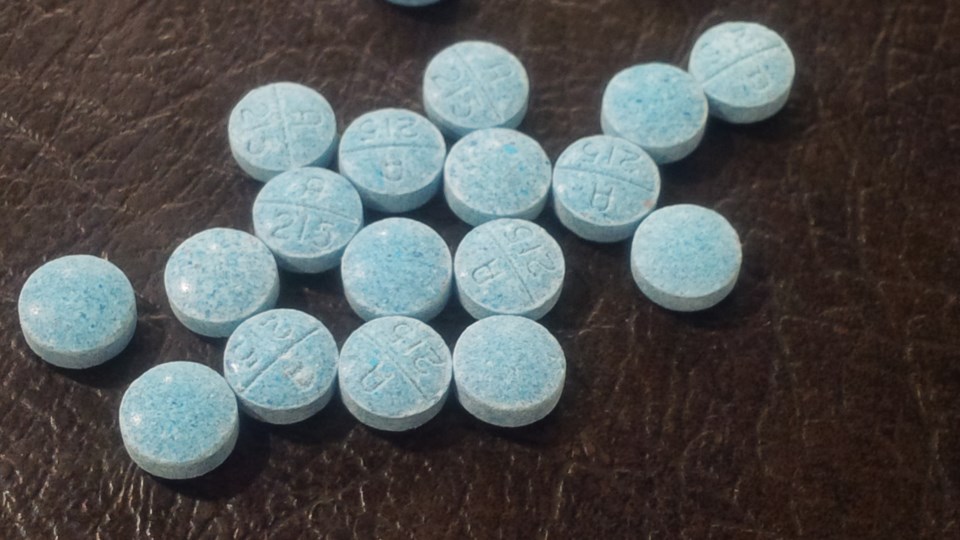 Five near-fatal drug overdoses in one night in the city's downtown have Barrie Police and Simcoe County Paramedics sounding the alarm.

"It is really a game of roulette and to play around with any medications outside of how they were specifically designed or prescribed is a big gamble and not something people should be getting involved with."

Police believe five people who were at the same party drank alcohol and used cocaine mixed with an unknown opiate, possibly fentanyl.

"Police are warning recreational drug users that fentanyl cannot be detected by looks, smell or taste and can sometimes be misrepresented and sold by drug dealers as other drugs," said Const. Sarah Bamford. "The consumption of any drug, including fentanyl, is not one without great risk."

The first call early Sunday morning for Police and Paramedics was for an unconscious man on Dunlop Street East.

The 25-year-old from Orillia appeared to be in medical distress and had laboured breathing.

While that man was being treated, a second man, a 26-year-old from Toronto, collapsed on the roadway in the same area.

Then a third man, a 26-year old from Barrie, collapsed a few moments later.

All three were transported to the Royal Victoria Regional Health Centre.

A half hour later a 22-year-old woman from Barrie collapsed in the area of Fred Grant Square and went unresponsive.

She was transported to hospital by EMS.

During the investigation Police learned that a fourth man, a 29-year-old from Barrie, had been taken to the hospital by EMS.

"The signs and symptoms all the patients were showing were that of a narcotic overdose or an opioid overdose." said Gilbert.  "We'd call this a unique circumstance but it is concerning that it's happening at all. To nearly lose your life, especially at a young age, with an intentional overdose its very alarming."

The four men and one woman had attended a party together earlier in the evening and it is believed that they used cocaine and consumed alcohol.

The five received medical treatment and are now in stable condition.

Police believe that an unknown opiate, possibly fentanyl, had been mixed with the cocaine.

Gilbert praised the paramedics who saved the lives of five young people but could not offer specifics on their actions, citing privacy.

He says an opioid antidote called Narcan would be an appropriate treatment for overdose but cautioned it doesn't work on everyone and the drug will outlast the antidote.

"That false sense of security the Narcan antidote can provide to people is a bit alarming," cautioned Gilbert. "I don't want people to think I'm safe because I've got a good friend in an antidote here. These medications were not designed for consumption at a party."

Toxicology tests will determine exactly what drugs were involved and Barrie Police say the investigation is ongoing.

Huron Central issues layoff notice to railway employees
Oct 27, 2020 4:00 PM
Comments
We welcome your feedback and encourage you to share your thoughts. We ask that you be respectful of others and their points of view, refrain from personal attacks and stay on topic. To learn about our commenting policies and how we moderate, please read our Community Guidelines.

Events happening in Sudbury this week
0