She says the organizations are needed for active outreach to community members
Feb 16, 2021 9:00 PM 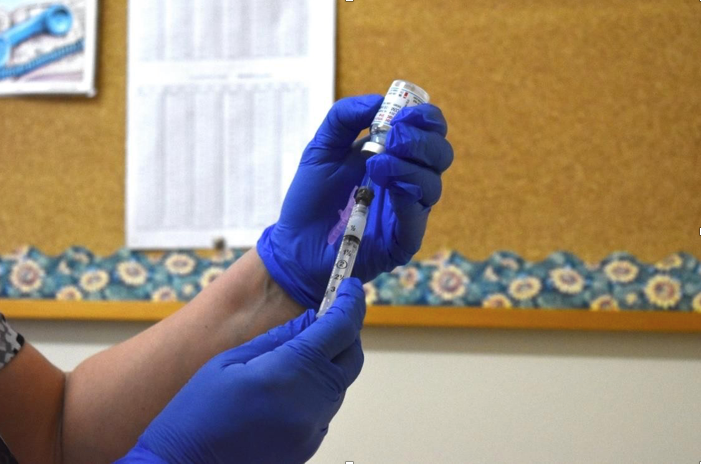 Friendship centres and other urban Indigenous organizations want provinces and territories on board to ensure that when the COVID-19 vaccines rollout occurs in urban settings it reaches the most vulnerable.

“The same comorbidities that exist on reserve exist in the urban centres,” said Jocelyn Formsma, the executive director with the National Association of Friendship Centres.

“So if we think about the people who I call the ‘pushed-outs’, who had to leave the communities due to education, health care, lack of housing, lack of long-term care; they are not necessarily in the city because they want to be. They are there because of the lack of resources at home.”

Formsma spoke Thursday on the weekly virtual town hall hosted by the First Nations Health Managers Association. She made it clear that any advocacy work done by her organization for the urban Indigenous population was not done at the expense of those living on-reserve.

“Those are our kin. That’s our families. Those are our friends. And we are so happy to see any efforts that are happening in those communities, and we feel that we can bring a voice for the urban people that doesn’t have to be at the expense of anybody. It shouldn’t be one or the other,” said Formsma.

The first phase of vaccinations has targeted select groups on reserves and the curve has begun to flatten, said Dr. Valerie Gideon, associate deputy minister with Indigenous Services Canada (ISC), who joined Formsma at the town hall.

The rate of active cases on First Nations communities has decreased by more than 50 per cent over the past three weeks, said Gideon.

“I recognize … that the data that we have is absolutely incomplete,” said Gideon as she could not offer any figures for urban Indigenous cases.

In his national news conference Wednesday, ISC Minister Marc Miller said that whether living on reserve or in an urban setting, First Nations were being hit hard by COVID-19 and are a vaccine priority.

“It goes back to the basic issue that we've been trying to approach a pandemic with is, let's have a health response to a health problem. It is scientific fact that Indigenous peoples are more severely affected by… respiratory type diseases and it's measurable,” said Miller.

“This is about protecting people and the best way to protect people is to follow the science, and that’s what we will keep doing at my level… at the urban Indigenous tables, we are pushing that and working hard to make sure the provinces implement it,” he said.

Formsma points out that friendship centres are not the decision makers when it comes to the vaccine program, except in how they are engaged by the provinces or territories. She adds that although friendship centres are represented on provincial and territorial tables, she has heard frustration that their advice isn’t being followed.

“We’re putting pressure on the provinces to ensure all their vaccine action plans include strategies to reach urban Indigenous communities and community members and really mobilizing around what we can do to kind of set it up. It’s like the whole, ‘if we build it, they will come’. We’re hoping that if we take away the mystery, if we take away the barriers, we provide information then it facilitates provinces being able to say ‘yes’ a lot easier,” said Formsma.

“You need our organizations to do that active outreach to our community members and then facilitate their participation in a way that’s safe,” she said.

It’s not only about reaching community members. It’s also about convincing them to come out and be vaccinated.

Formsma suggested that COVID-19 vaccination clinics be held in existing Indigenous health care clinics. She said mobile clinics could be set up in community halls or parking lots of friendship centres or Indigenous organizations. Transportation must also be provided.

She added that more than half of the country’s friendship centres, so 50 to 60, could easily host vaccine clinics. These vaccine clinics may also be a draw to other marginalized community members.

“The key piece is getting the vaccine, and the provinces to agree to get some of the vaccines into those clinics. We’re trying to push, encourage these kind of relationships to make it happen,” said Formsma.

“As to what we have within our power, we will do absolutely everything to make sure people are protected in Canada and this isn’t a jurisdictional battle. I do note the effective limit of the federal government’s jurisdiction in urban settings, in healthcare settings. It is indeed limited, but it doesn’t prevent us from continuing to advocate that Indigenous peoples be properly reflected in the planning and roll out, principally the larger roll out, in phase two,” said Miller.

Where vaccine clinics cannot take place in an Indigenous setting, Formsma says it’s important that “friendly faces … help facilitate cultural safety within those existing vaccine locations.” She suggested support workers who could provide comfort, answer questions, and perhaps even set up a space to have medicines for smudges and tobacco.

“(The) majority of First Nations, Métis, Inuit … We’re in towns. We’re in the cities across the country. The majority of us are urban so that's the population we're trying to reach. We really need to make sure we have those urban strategies,” said Formsma.

Shari Narine is a Local Journalism Initiative (LJI) reporter for Windspeaker.com. The LJI program is funded by the Government of Canada.

These critters could devastate our maple syrup industry
Mar 1, 2021 6:00 PM

Ontario fares no better than 20th as a mining-friendly jurisdiction, according to Fraser Institute
0