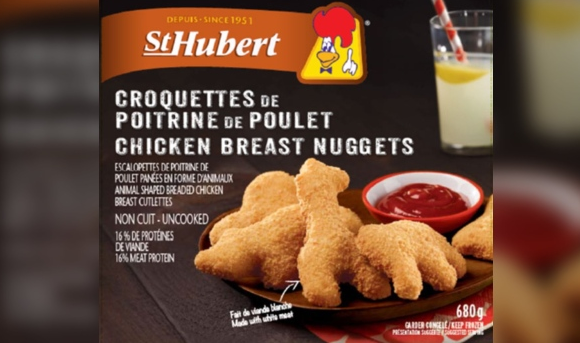 The recall, initially announced on Aug. 30, is due to the possible presence of bone fragments in the nuggets.

It involves 680 gram packages with the following codes:

The agency originally said the packages were distributed to retail outlets in Ontario and Quebec, but now says they were also distributed in New Brunswick and may have been distributed to other parts of the country.

Consumers who have the product in their homes should return them to the store where they were purchased.

According to the CFIA, there have been no reported injuries associated with the consumption of the product.