An online roundtable discussion was held with American business owners and leaders, as well as Canadian MPs regarding the ongoing border closure.
Apr 7, 2021 9:20 AM By: Doug Diaczuk 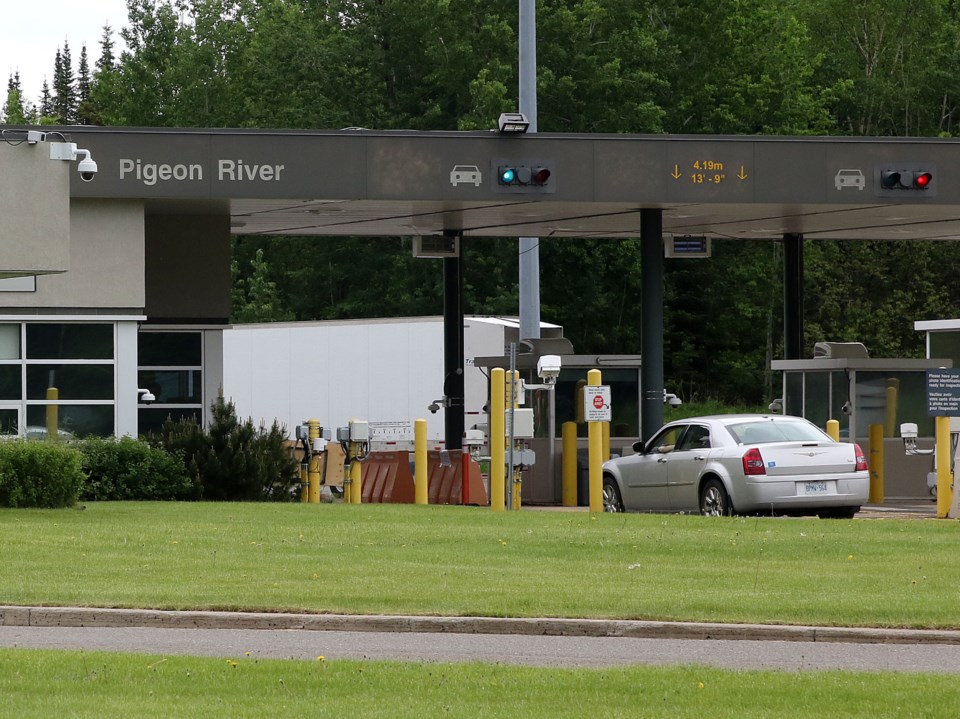 The Canada/U.S. border as been closed for more than a year to non-essential travel due to the pandemic. (File).

THUNDER BAY - The border between Canada and the United States has been closed for more than a year to non-essential travel due to the COVID-19 pandemic, leaving businesses struggling and families separated, and there are growing calls to find a solution to reopen cross-border travel.

“We need Canadian travel. We need the commerce back and forth,” said Mike Boomer, owner of Ryden’s Border Store, just across the Pigeon River crossing south of Thunder Bay.

“We need some kind of opening. Not tomorrow. We need it now. We need something to start moving. These communities need some travel. We need commerce back and forth now.”

“Like you all on the American side, we’ve heard so many stories of problems arising from closure of the borders. One of the big ones is the impact on tourism in Northwestern Ontario,” Powlowski said.

“It’s been economically pretty devastating having the border closed and it’s been a great disruption to people on both sides of the border.”

Powlowski added that people on both sides of the border would like to see it reopened, but the question is a matter of when it can be done so safely.

“The answer is going to be proof of vaccination,” he said. “We are rapidly vaccinating vulnerable Canadians and a good deal of the population. When we have Americans showing they are vaccinated with the vaccine, which greatly decreases the spread, we will open the border, because the benefits greatly outweigh the risks.”

Mazier said there are many outfitters and businesses on both sides of the border that cannot afford to miss out on more hunting and fishing seasons.

He added there needs to be a coordinated plan between the two nations to safely and gradually reopen the border, though he noted the American vaccination rollout is outpacing that of Canada.

“I encourage Minnesota to encourage Biden to send more vaccines to Canada to speed up reopening the border with Canada,” he said.

In terms of other solutions to allow cross-border travel to resume for non-essential reasons, the idea of rapid testing was brought forward.

But Powlowski said rapid tests can sometimes bring back false negatives, because an individual may have only recently been exposed to the virus.

“I don’t think the rapid tests are the way to go but I think the vaccines are. They work,” he said. “I am thinking by June or July we will have a significant proportion of our population vaccinated. My opinion is when Americans can provide proof of vaccination and we have a good deal of our population and vulnerable ones, I think we will be in a pretty good position.”

The Canadian government said the border will remain closed until at least April 21. Powlowski said he understands the desire to resume non-essential travel for businesses and to reunite families and while not speaking on behalf of the government, he said he isn’t too pessimistic at the moment.

“I know there is this desire for certainty and to have an answer as to when we are going to open things, but the reality with COVID is the science is changing all the time,” he said. “I wouldn’t be too pessimistic about the opening. I think it will come in the not too distance future, but we just can’t say when.”