If you're willing to brave the cold and have good eyesight, this is the best time of year to view a very distant object with just your eyes
0
Dec 2, 2019 4:00 PM By: OrilliaMatters Staff 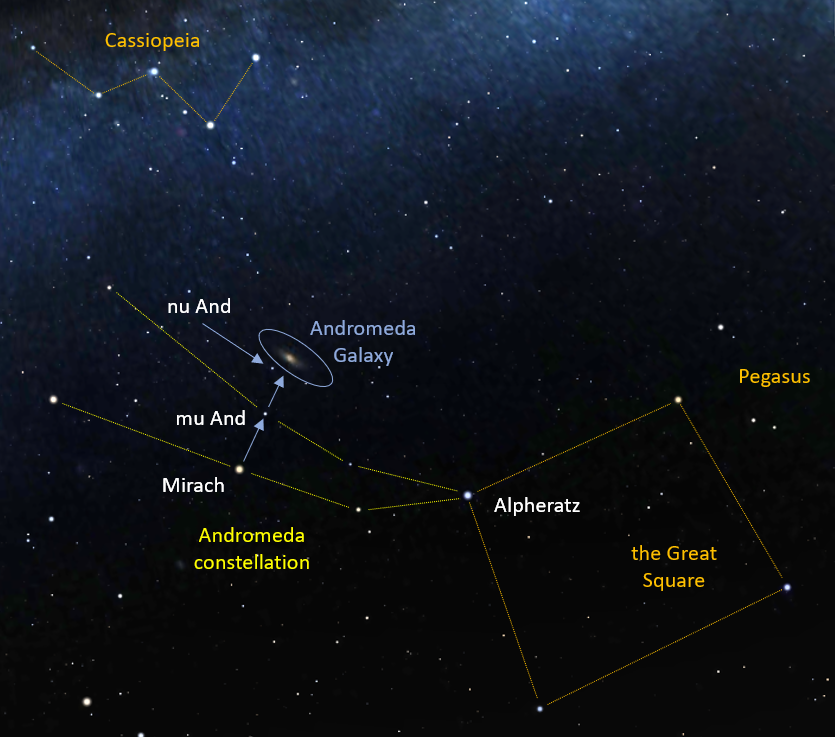 We're experiencing more cloudy skies as per the season, of course, but there's still exciting things carrying on in the solar system and beyond. Hopefully, you'll get some clear evening skies to enjoy a few of these fun events.

The beginning of the month actually starts off with a very cool alignment of some planets with the Moon. Sunset on Dec. 1 (today)  is around 4:45 p.m. After the sun dips below the horizon, look west to see some bright points.

Jupiter will lead the parade of planets followed by super-bright Venus and then dim Saturn. The crescent moon will be just left as December opens and will move further away every day. Try a photograph with your steadied camera or smartphone. This is easy astrophotography, wide field planet shots with the moon.

By the end of the month, a brighter Venus will have leaped left past Saturn. Dec. 27 through 29 will see the Moon grazing Venus. This will be a very attractive sight.

The Geminid meteor shower occurs this month, from Dec. 4 through 17 peaking on the 13th. This shower can produce over 120 streaks per hour. Unfortunately, the Moon will be bright during this key time, full on Dec. 12, so it will interfere terribly, washing out the sky.

The summer constellations such as Lyra (the harp), Cygnus (the swan), and Aquila (the eagle) are moving out of our evening sky. In the mid-to-late evening, we'll see the winter patterns rising up out of the east. Look for Taurus (the bull), Lepus (the rabbit), and Monoceros (the unicorn). Taurus hosts the sparkling Pleiades open cluster.

Stunning Orion (the hunter) with its distinct three belt stars is well known. The fuzzy star in the middle of the sword grouping is the Great Orion Nebula, a stellar nursery some 1,350 light-years away.

One more suggestion if you're up for it, don't mind the cold, and have good eyesight. This is the best time of year to view a very distant object with just your eyes. I hope you'll be able to tag it from your backyard but you'll need to spend 15 to 30 minutes getting your eyes adapted to the darkness. And you'll need to avoid light pollution. If you haven't put them away, have a seat in a reclining lawn chair.

Look straight up to find the "great square" of Andromeda. This is actually the junction of two constellations with Andromeda to the east and Pegasus to the west. I always visualize Andromeda is a big elongated V-pattern of stars starting at bright Alpheratz.

Jump two stars from Alpheratz to land at medium-bright Mirach. Next, look above or north of Mirach to a dimmer star called mu Andromedae. It's fainter than Mirach but I can easily see it from my dark backyard.

Using Mirach and mu as a pointer, moving the same distance as the space between Mirach and mu, you should be able to see a curious little smudge (noted inside the oval in the diagram above). You might think it a small cloud except that it won't move.

There's an even fainter star (nu And) in the area but it's a bit east and a bit closer to mu. The fuzzy patch is in a perfectly straight line with Mirach and mu. Got it? Take your time and let your eyes get fully adjusted.

That faint smudge your seeing is the Andromeda Galaxy. This large galaxy, thought to be very similar to ours in size and structure, is 2.5 million light-years away. In other words, the photons from the galaxy have taken 2.5 million years to finally stop inside your eyeballs!

Want to try some magnification? You could carefully aim your binoculars at this fuzzy blob (which will make it a bigger fuzzy blob) but a lot
more obvious.

If you're near the Ontario Science Centre (OSC) on the evening of Dec. 7 (that's a Saturday) drop in for some sidewalk astronomy (weather permitting). Members of the Royal Astronomical Society of Canada with OSC staff will be showing off celestial treats in telescopes.

Keep looking up!
Blake Nancarrow is an avid amateur astronomer. If not observing from his backyard in Bradford, he can be found under the stars at a club observatory on the Blue Mountains or at the David Dunlap Observatory in Richmond Hill. He is a contributing editor for the Royal Astronomical Society of Canada Journal.

Death threat leads to Sturgeon man's arrest
Jan 20, 2020 8:11 AM
Comments
We welcome your feedback and encourage you to share your thoughts on this story. We ask that you be respectful of others and their points of view, refrain from personal attacks and stay on topic. To learn about our commenting policies and how we moderate, please read our Community Guidelines.