Government is launching a $4.5M 'Species at Risk' stewardship program 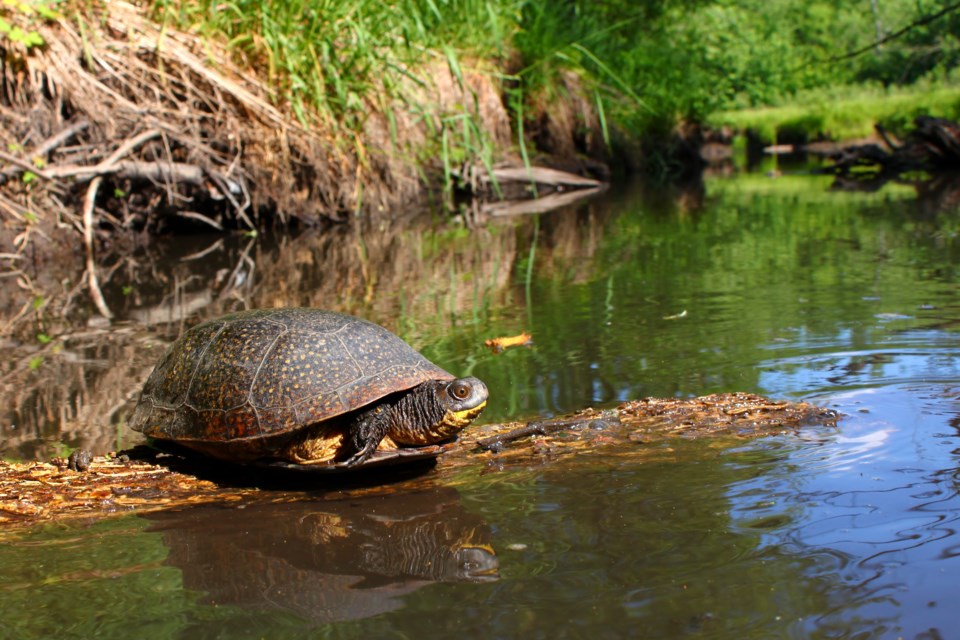 NORTH BAY — The province says it is implementing recommendations of Ontario's 10-year review of the Endangered Species Act and launching a $4.5M improved Species at Risk stewardship program

"During the consultation, we received valuable feedback from the public, Indigenous communities and conservation groups on what works well and what doesn't, learning how we can improve the act by including modern thinking from other jurisdictions," said Rod Phillips, Minister of the Environment, Conservation and Parks in a news release.

"Our goal is to find the best way to protect Ontario's species at risk by ensuring populations are transparently assessed by an independent scientific committee of experts."

The review has special interest to some in this area, as efforts have been made to stop construction of a casino on Pinewood Park Drive in North Bay by suggesting the site is home to Blanding's turtles.

In January the government launched its consultation on updating the 10-year-old act to improve the effectiveness of the program for species at risk by ensuring Ontario's best-in-class endangered and threatened species protections include advice and species' classifications from an independent scientific committee and modern approaches to enforcement and compliance; species and habitat protection, and recovery planning.

The government also announced its $4.5M fund for the Species at Risk Stewardship Program for 2019-2020 which will be renewed each year. The fund supports academics, communities, organizations and Indigenous peoples across Ontario to implement on-the-ground activities that benefit species at risk and their habitats.

"By ensuring that costs municipalities and industry incur to address species at risk while building a road, bridge or hospital are directed toward more effective actions, we can actually improve outcomes for the species or its habitat," stated Phillips. "We know that people want to do the right thing but can become frustrated when government duplication or uncertainty stymies the process."

The proposed changes posted on the Environmental Registry include:

Ontario is also proposing to create Canada's first independent Crown agency proposed to be called the Species at Risk Conservation Trust, to allow municipalities or other infrastructure developers the option to pay a charge into a species at risk trust in lieu of completing certain on-the-ground activities required by the act.

The news release says, "The board-governed provincial agency would make informed, unbiased and expert decisions on how to best employ the funds to support strategic, coordinated and large-scale actions that assist in protection and recovery for species at risk. This new approach will give greater certainty to business and better enable positive outcomes for species at risk compared to the current piece-meal industry-led approach."

Ontario is home to more than 30,000 species of plants, insects, fish and wildlife.

You can find 243 species listed on the Species at Risk in Ontario List.

Guidelines and applications for the Species at Risk Stewardship Program are available online. Deadline to apply is May 9, 2019.