Archibald seeks a 'formal apology to First Nations, not only from former Premier Mike Harris but from all former Premiers who have left the work of Ipperwash unfinished.'
Jan 7, 2021 2:00 PM By: Stu Campaigne 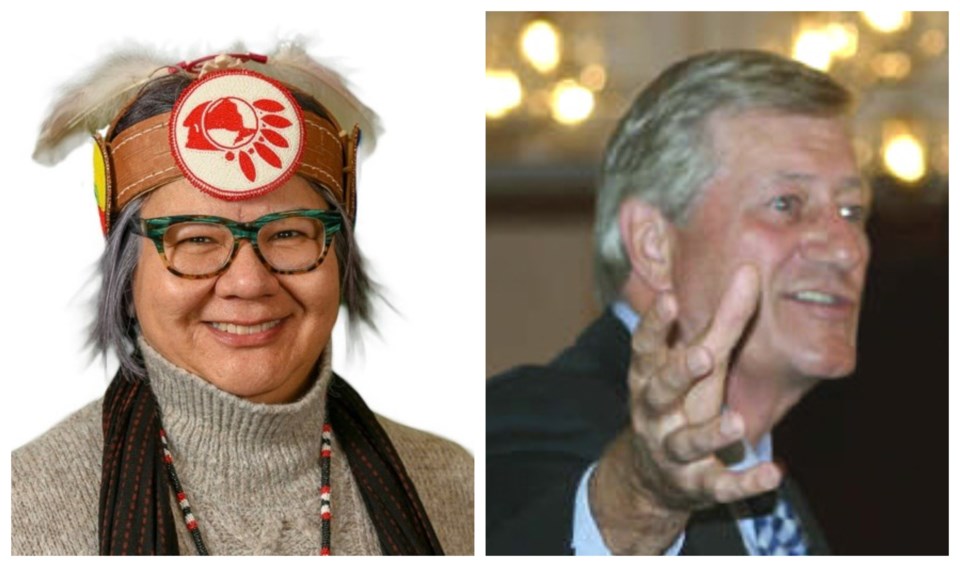 NORTH BAY — Ontario Regional Chief RoseAnne Archibald says Mike Harris' selection to the 2020 Order of Ontario has "opened up an unhealed wound for First Nations," and sees it as an opportunity for the Ontario Government to "renew their focus on completing the work of the Ipperwash Inquiry for the purposes of maintaining good relations and a revitalized path forward that is focused on healing."

Archibald tells BayToday, "The Order of Ontario is to celebrate accomplishments and lasting legacy within Ontario and beyond. Mike Harris's accomplishments and actions as Premier in 1995 represent a dark and painful chapter in First Nations' true shared history with Ontario. I am reaffirming my request for the Government of Ontario to take this moment to defer the nomination until all the work of the Ipperwash Inquiry is completed and fully implemented. "

The Harris appointment is facing scorn by various opponents — including tens of thousands who have supported online petitions. Anishinabek Nation Grand Council Chief Glen Hare stated in the wake of the Harris appointment, it was an "insult to First Nations people across Ontario."

Archibald stresses implementing the inquiry's findings is "one step on the road to healing the wounds of First Nations and will undoubtedly be a step in the right direction of true reconciliation. Part of completing the work of the Inquiry would be a formal apology to First Nations, not only from former Premier Mike Harris but from all former Premiers who have left the work of Ipperwash unfinished."

Archibald advises, "During the 1995 Ipperwash crisis, the events that took place revealed the embedded, systemic racism that runs within much of Canada. The Order of Ontario is intended to honour individuals whose exceptional achievements have left a lasting legacy in the province, in Canada, and beyond. This announcement is hurtful to First Nations in Ontario."

According to the provincial government's website, "The Order of Ontario is the province’s highest honour. An Ontarian who has shown outstanding qualities of individual excellence and achievement in any field is eligible to be appointed."

An advisory council consisting of the Chief Justice of Ontario, the Speaker of the Legislative Assembly, the Secretary of the Cabinet and up to six additional members of the Order of Ontario appointed to the council by the Premier reviews the nominations and recommends candidates to the Lieutenant Governor for appointment to the Order of Ontario.

Archibald notes Harris was the Progressive Conservative Ontario Premier of the mid-1990s who oversaw the 1995 Ipperwash crisis when unarmed Dudley George was shot dead by a police officer as First Nations protesters occupied Ipperwash Provincial Park.

"A healing path is needed today," says Archibald. "The Ipperwash Inquiry shed light on the instances that led up to Dudley George’s death and laid the foundation for a path to reconcile our differences; however, it was abandoned and, therefore, remains unfulfilled. It is important that collectively, First Nations and the Government of Ontario create a healing space where we can reconcile the painful moments from our shared history."

The Chiefs of Ontario is a political forum and a secretariat for collective decision making, action, and advocacy for the 133 First Nation communities located within the boundaries of Ontario.

Archibald concludes, "First Nations have always been committed to peaceful sharing of the lands and wealth with settlers. To maintain good relations and prevent further instances like these from happening, I encourage the Ontario Government to take this opportunity to make our mutual dreams of safe, healthy and vibrant communities a reality."