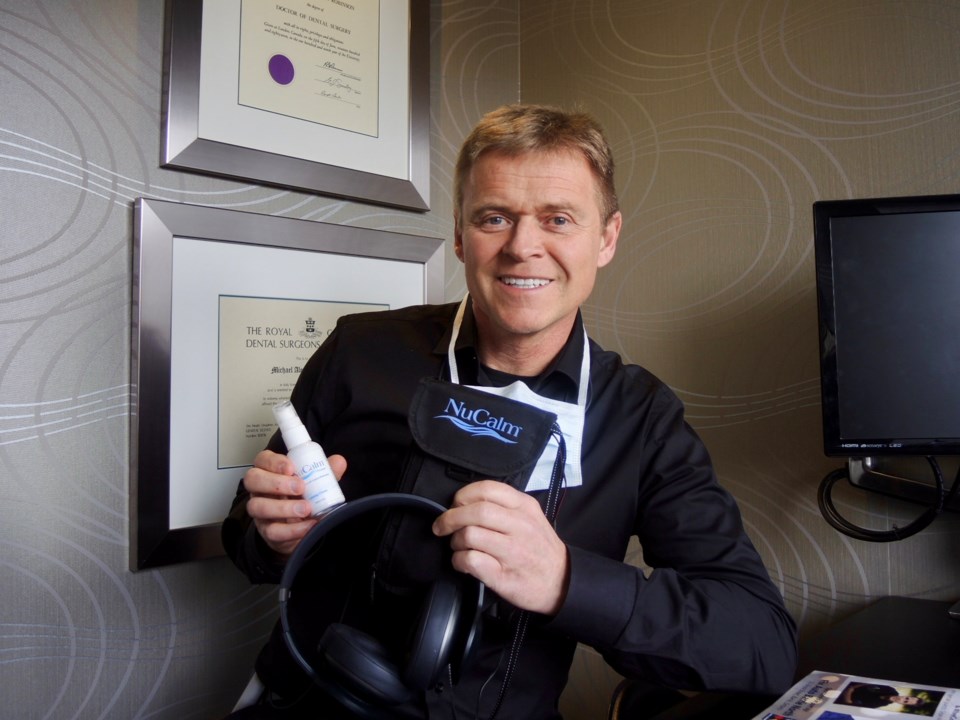 Keep calm and drill on.

Patients are relaxed in the dental chair at the Barrie practice of Dr. Micheal Robinson.

Robinson is one of only two dentists out of 21,000 in Canada - including nearly 9,000 in Ontario - to feature NuCalm, a patented, high-tech stress relief system.

He says he knows the benefits of NuCalm first hand.  He's been using it at home for four years.

"It's an unbelievable system to help relax a person. I personally use NuCalm every day," said Robinson.

"It's like a quick way to meditate and everyone could stand with more of that. It's a real organic way. It doesn't involve any drugs or anything like that."

The system that can actually lower your blood pressure while at the dentist works like this.  Patients wear an eye mask while listening to neuroacoustic music that has hidden beats, called binaural beats, on high quality head sets.  A topical cream that contains gabba, a neurotransmitter that is calming, is rubbed on the neck next to the carotid artery.  Within three minutes, the system brings patients to a state hovering between awareness and sleep.

"Dentists are a logical avenue to market a calming system because just walking through the door raises your blood pressure. It's a dental office.  So NuCalm has just been brilliant," Robinson explains.

He bought his own system a couple of years ago and then purchased some for his office. His practice focuses on jaw joint problems and headache issues such as migraines.

NuCalm is offered for appointments exceeding one hour.

“It was the best decision I ever made for my practice," he said, and for himself. “It reboots my circadian cycle, especially on trips across different time zones.”

There are three NuCalm units at the office and one used by his family at home.

As a Certified NuCalm Provider, his practice is invited to nominate several deserving patients from the community to receive complimentary systems.

Robinson is donating a system to former advanced care paramedic Natalie Harris, who was diagnosed with PTSD and has become a champion for mental health issues.