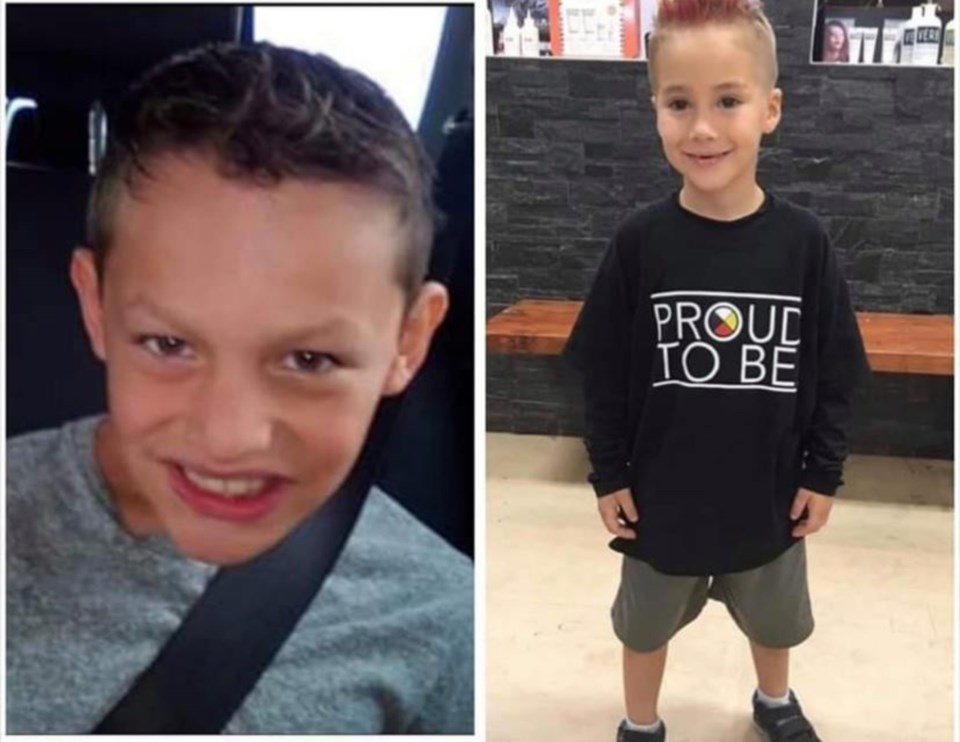 Police were initially contacted sometime after 7 p.m. after the families of Isaac Shawanda-Boissoneau, 8, and Tyson Thibault, 5, began expressing concern for their whereabouts on social media.

That concern was enough to mobilize a number of police agencies, first responders and people from Garden River First Nation, Batchewana First Nation, Sault Ste. Marie, Echo Bay and Desbarats in order to locate the boys.

“You literally could not drive down any street,” Thibodeau told SooToday. “To put a number on it, it was in the hundreds. I don’t think I would be exaggerating if I said there had to be 500 people, between EMS units and police agencies and people.”

Shawanda-Boissoneau and Thibault were seen by other children playing at a small playground at about 4:30 p.m. yesterday.

Anishinabek Police Service was especially concerned by reports that the pair was spotted at a potentially dangerous spot known to locals as ‘the rapids’, which led to a number of searchers combing that area.

“We were fearing the worst when those rumours came out about the rapids,” Thibodeau said.

A command base was established for police, emergency personnel and first responders at the Anishinabek Police Service detachment in Garden River First Nation, while the search party gathered at the Garden River Community Centre.

Anishinabek Police Service says the boys were found shortly before 10:30 p.m. Wednesday night, with police agencies touching base with the pair about 10 minutes later due to the sheer volume of people on the roads.

Once it made contact with the boys, Anishinabek Police Service heard from the oldest of the two that the pair never went down to the rapids – instead, they opted to play near a fort located in the bushes off of Sweetgrass Road.

“They were playing a little bit of hide-and-seek, so if they did see or hear anything, they’d run away,” said Thibodeau. “The Sault Ste. Marie police canine unit went out with one of our guys and searched that area, and actually saw the fort the kids were talking about, but at the time, they weren’t there.”

Shawanda-Boissoneau and Thibault finally came out of the bush after being startled by a helicopter that was deployed by the Ministry of Natural Resources and Forestry.

Thibodeau says it was absolutely overwhelming to see so many people come together for the greater good.

“You hate to see events like this bring people and agencies together, but this is such a prime example of ‘if we all work together, great things can happen’ – and a great thing did happen,” he said.