Town council will decide between steel, stainless steel or brass for the new landmark
Sep 16, 2016 8:00 PM By: Kenneth Armstrong 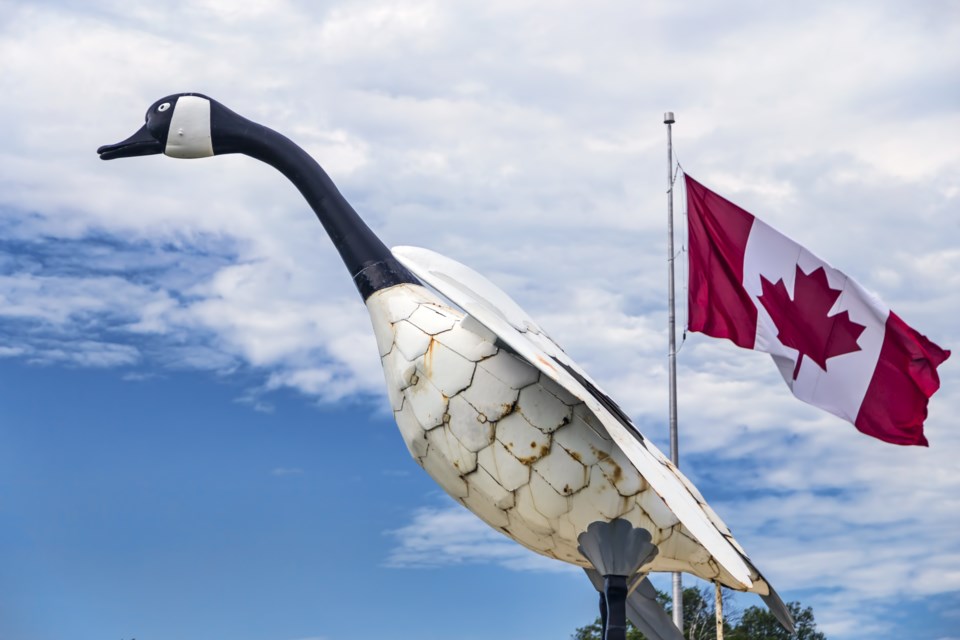 “We have known for a number of year that the goose needs to be replaced,” said Wray by phone today.

The landmark which currently stands next to Highway 101 near the junction with Highway 17, was unveiled in 1963.

The statue was built as a tourist trap to lure travellers off Highway 17 and into town.

That specific bird was chosen for the landmark because Wawa is the Ojibwe word for Goose.

“It’s historical for a number of reasons, one of those reasons is it’s made of Algoma Steel,” said Wray of the current statue.

The current goose replaced a previous plaster sculpture, which lasted only a few years before needing replacement.

Wray said the geometrical drawings for the new statue were made about six or seven years ago and fundraising has been ongoing for a few years.

As per the drawings, the new statue will be an exact replica of the existing landmark.

Three proposals are under consideration, each considering a different building material — steel, stainless steel or brass.

“The latter two — stainless steel and brass — are attractive for a number of reasons, mostly because they last longer than steel does,” said Wray.

“Nobody would know, when you look at the goose, it’s painted. So you don’t know what’s underneath it,” he added.

None of the three proposals were made locally, said Wray, but all three proposed manufacturers are based in Ontario.

“I think everyone was impressed by each respondent in their own way,” Wray said.

The proposed final cost of the new landmark will not be known until a manufacturer is selected in the request for proposal process, but Wray said the estimated cost is between $220,000 and $240,000.

The cold weather, moisture in the air and salt from the highways have contributed to current goose’s worsening condition, said Wray.

The selected proposal will be brought forward to town council within the next month or two, said Wray, after which manufacturing will begin.

“Our plan is to have the unveiling on Canada Day in 2017, which corresponds with Canada’s sesquicentennial,” said Wray.

As for the current statue, Wray said no decision has been made as to what to do with it once it has been removed.

“We are focused on selecting the contractor to do [the replacement].”