Impressionism: In the shadow of the Superstack 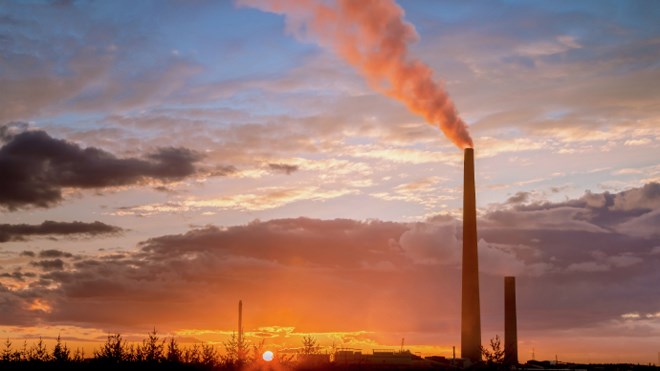 A lot of years ago, through a special dispensation from the Pope of Inco, I received permission to take my camera equipment out into the nickel smelting zone due north of Sudbury’s iconic Superstack. I wanted to explore a piece of land that fascinated me.

This was back when film was still considered the most viable photographic option if you wanted to do large-scale prints in fine detail. Digital photography was on the verge of a disruptive breakthrough, but camera shop owners still clung to a belief that digital would never supplant film.

I took my Bronica medium format and several rolls of 120 film, and a Nikon SLR and a fistful of 135 film out into the zone. As far as preternatural landscapes go, I doubt I will ever see anything like it again, anywhere on planet earth. And I got within about 50 meters of a slag dump.

Strange, noxious smells were occasionally released into the environment. Sulphuric plumes occasionally swept down over the city. There were new innovations in things like smelting furnace efficiency, chimney scrubbing, or automated mining to report on. Volatile union/management relations, the ever-fluctuating global price of nickel, a mining death, the rumours of takeovers that became takeovers, and the ongoing efforts to remediate the environmental damage of the previous 100 years of mining, were all part of the beat.

I was a Greater Sudbury explorer. I never tired of bombing around that part of the north. It was probably the most fascinating place I’ve ever lived in or visited. Every side street, every back road seemed to turn up something extraordinary, strange, or captivating. It never failed to induce awe, shock, and surprise.

I was always intrigued by the terrain just north of the Copper Cliff Inco smelter, and was anxious to get into it, find out what it looked like and what visual secrets it held. It was all in the shadow of the second tallest freestanding chimney in the world.

I formally sought, and received permission to explore it. Conditions were drawn up, limits set, a waiver signed.

Those hundreds of acres of blackened rock and turquoise-greenish water bodies were largely hidden from view by the ever-mounting piles of slag that were dumped along the edges of the zone, forming a berm and barrier around what once was, and may still be, the largest industrial complex on the planet.

One used to be able to see down into that zone from the vantage point of the Big Nickel, able to see the fiery, molten slag being poured and flowing like lava down the sides of those black mounds. It’s much more hidden today.

Over the years, millions of trees were planted in the basin, mostly by school kids, all in an effort to replace what smelting had destroyed. The Sudbury area was almost entirely void of trees up until about 40 years ago, and most of the lakes for miles around were acidified and lifeless.

The “regreening” of Sudbury is one of the largest, most impressive environmental remediation efforts ever undertaken in the world. It’s far from complete.

I’m a little nostalgic for mining country lately, especially after hearing recent news that Vale, the Brazilian conglomerate that acquired Inco just over a decade ago, plans to decommission the Superstack by 2020, and possibly demolish it.

Most everywhere you go you’ll find iconic structures – buildings, towers, bridges that act as landmarks or memorials to the history, culture, or industry of a place. A great many of those structures lose their usefulness or functional relevance, but usefulness and functionality are not the only things that matter in life.

History, and our connection to it, also matters, perhaps more than we can imagine. The markers of that history act as psychological signals of what was, what is, what should not be, and what should be. Without them, we risk losing touch with the past and its lessons.

I hope they don’t tear the Superstack down. It means too much to the collective consciousness and unconsciousness of Greater Sudbury. And it means a lot to me.

About the Author: Rob O'Flanagan

Rob O’Flanagan has been a newspaper reporter, photojournalist and columnist for over twenty years. He has won numerous Ontario Newspaper Awards and a National Newspaper Award.
Read more

Ontario wants more health and safety inspectors in the field
0

Letter: LU prof’s suspension is a miscarriage of justice
0

Feds outline foundation for the future in latest throne speech
0