Is there any hope for short OHL season? 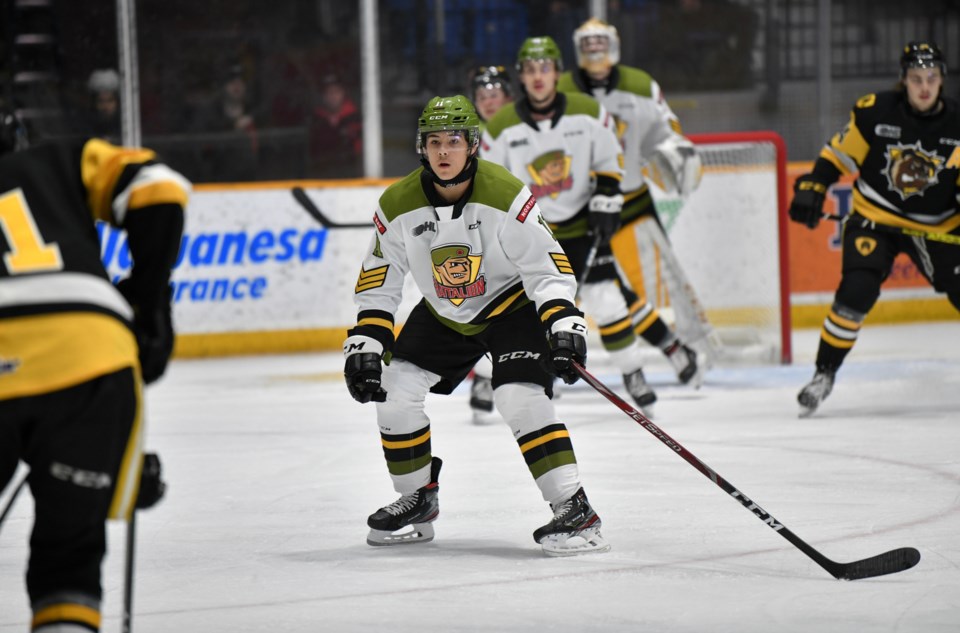 2021 draft eligible forward Liam Arnsby one of the many OHLers who is yet to play a game in 2020-21. Photo courtesy Tom Martineau/BayToday.

Well, the time is running out for the Ontario Hockey League to get any form of a shortened season in.

With the Stay-At-Home Order in place, a short season could not begin in Ontario until the end of April.

But at this point does a short season even make sense when both the Quebec Major Junior Hockey League and the Western Hockey League have already completed their respective regular seasons?

The Canadian Hockey League just announced on Tuesday that it is cancelling the Memorial Cup for the second straight year.

North Bay's own Ben Gaudreau hopes to get into his first meaningful game within a year as a member of Team Canada's Under-18 team which is competing in the World Under-18 Championships in Dallas, Texas at the end of the month.

While the OHL and the province have grappled over ways to make a season happen - including potentially operating out of hub cities - perhaps now the only way to approach any form of hockey before the 2021 NHL Entry Draft, is to create one bubble location and have four division all-star teams filled with draft-eligible players.

So from the Battalion perspective, that would mean some top Battalion players including players like Liam Arnsby, Joe Vrbetic, the Christopoulos twins and and possibly Avery Winslow, to name a few who could assemble on a Central Division All-Star squad with eligible players from the Niagara IceDogs, Sudbury Wolves, Mississauga Steelheads, and Barrie Colts.

This option is a lot less work and would allow these players to play maybe just simply in a round-robin tournament.

As long as it could be safe, It would be a small sample size for scouts to watch the OHL's best, but honestly, it would be better than what they have now.