Sault Ste. Marie's Brad Jacobs and his team from the Community First Curling Centre had a strong day at the Players Championship in Toronto on Wednesday.
0
Apr 14, 2016 3:46 PM By: Brad Coccimiglio 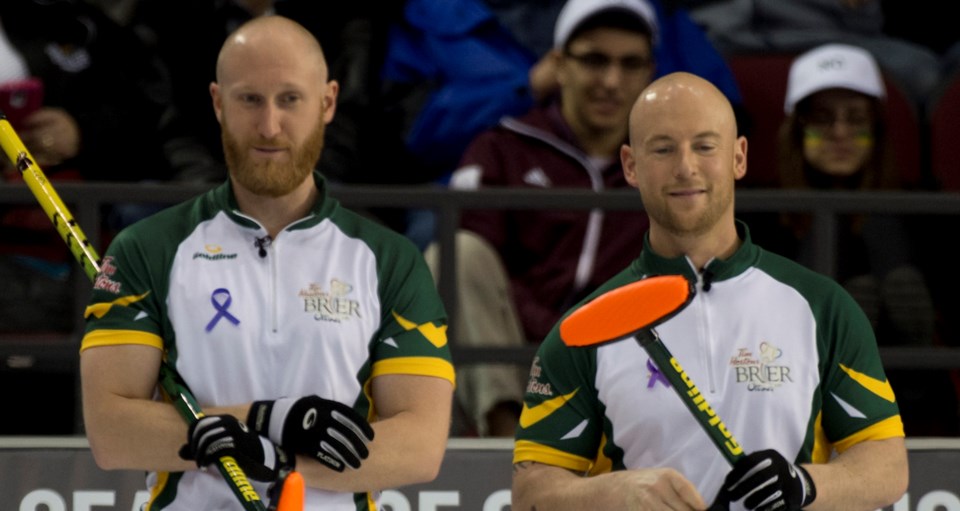 Entering the tournament as the defending champs, Team Jacobs got off to a solid start at the Players Championship being held in Toronto this week.

Brad Jacobs and his team from the Community First Curling Centre in Sault Ste. Marie jumped out to a 2-0 record on Wednesday at the Grand Slam of Curling event.

Trailing 3-2, Jacobs scored four in the fifth end to take the lead. Howard would score a single in the sixth end before Jacobs blanked the seventh end before running Howard out of rocks in the final end.

“I think what was the key for us was getting a handle on the ice early,” Jacobs told thegrandslamofcurling.com’s Jonathan Brazeau. “The ice was fantastic that game. It allowed us to make a lot of shots. We gave up a deuce in four and bounced back with a nice four-ender in the fifth end. We were able to kind of take control of the game at that point. We took advantage of our opportunities and as a result we got the win.”

In draw five on Wednesday evening, Jacobs scored three in the sixth end to seal a 6-2 win over Reid Carruthers.

“We’re the defending champs, so anytime you get an opportunity to defend a title you want to make the most of it,” Jacobs said in a story on the tournament website. “I think we’re really hungry for this event for a lot of reasons, that being one of them. We also haven’t won an event on the World Curling Tour this year and we’re really going to give it all we’ve got this week in order to do that.”

Jacobs is back in action on Thursday in draw 7 at noon against Niklas Edin of Sweden.

The Players Championship is the fourth major and sixth event in the Grand Slam of Curling season and features 12 men’s teams and 12 women’s teams. The teams are split into two pools of six teams with the top eight teams advancing to the playoff round, which begins on Saturday.