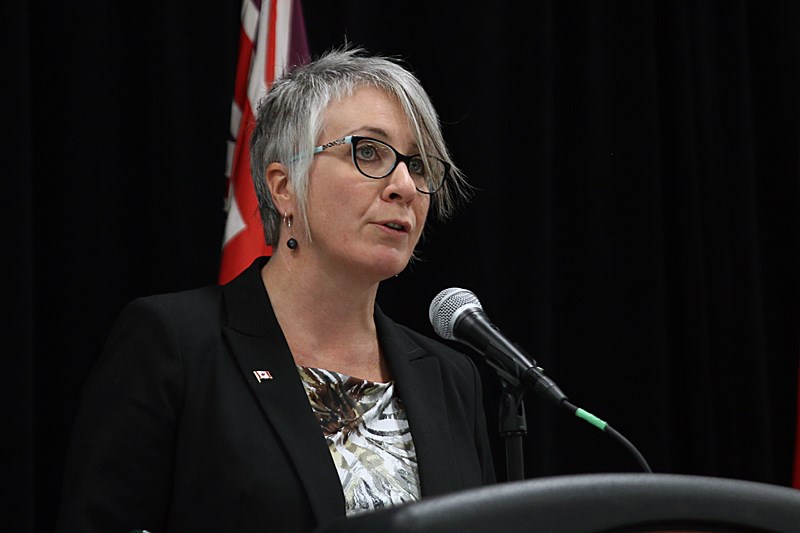 THUNDER BAY – The approval of a fourth COVID-19 vaccine for use in Canada will only accelerate what was already set to be a massive ramp-up in vaccinations over the coming months, says Health Minister Patty Hajdu.

Health Canada announced Friday that Johnson & Johnson's one-dose vaccine had been approved following months of study. The vaccine was found to be 85 per cent effective in preventing severe cases of COVID-19 in a global trial.

It’s the fourth vaccine approved in Canada, following others from Pfizer, Moderna, and AstraZeneca. The federal government has ordered 10 million doses, with options for up to 28 million more.

Federal officials have said they expect the initial order of 10 million doses to arrive by the end of September.

Beyond simply adding millions more doses for Canadians, the newest vaccines from AstraZeneca and Johnson & Johnson can be game changers with their less strict storage requirements, said Hajdu, who's also the MP for Thunder Bay-Superior North.

“It means new partners can be drawn into delivery,” she said. “You could see doctors’ offices, pharmacies, and other kinds of immunizers that have always been part of immunization, but haven’t been able to fully participate with the previous [vaccines].”

That will help accelerate what Hajdu called “the big lift,” referring to plans to step up vaccination numbers dramatically in the second quarter of 2021.

“As we’ve said to Canadians all along, there would be not as many in the first quarter, January to March,” she said. “But when we reach April to June, we’ll see just a much bigger volume of all three, and as soon as Johnson & Johnson is able to deliver, we’ll have four approved vaccines for use here in Canada.”

Ontario recently accelerated its vaccine schedule in anticipation of greater supply from the federal government.

The rollout will take a major national effort that could include pharmacists, doctors, and even assistance from retired health care professionals, Hajdu said.

“This is really an all-hands-on-deck moment for Canada,” she stated. “The next several months are going to be very, very busy, and of course we want as many people to get vaccinated as quickly as possible.”