Liberal cabinet minister thankful voters saw fit to return her to office for a second term.
0
Oct 22, 2019 8:38 AM By: Leith Dunick 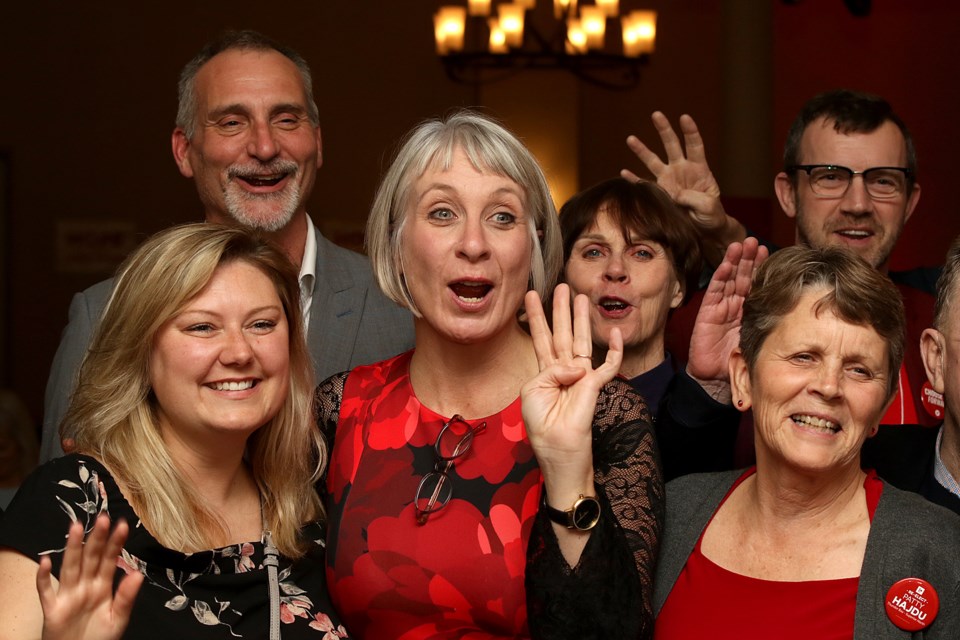 THUNDER BAY – Northwestern Ontario’s only cabinet minister is headed back to Ottawa.

Liberal Patty Hajdu, after a slow start when the first results were unveiled on Monday night, rallied to capture Thunder Bay-Superior North in a landslide.

“It feels good to have the confidence of the riding. It feels really good to know I’m supported by the communities that I serve,” said Hajdu at a victory celebration at the Prince Arthur Hotel, the same spot she celebrated her inaugural win four years ago.

She said it just means the party will have to work with the other parties to get the job done.

“I know the prime minister wants to make sure we have a Canada where everybody has a fair chance to succeed,” Hajdu said. “I suspect that’s the goal of the NDP. I can’t really speculate what that will look like. Obviously there’s a lot of work to go forward in terms of determining how that will look.”

Pullia said it wasn’t the result the Conservatives were hoping for, locally or nationally.

But it’s something to build on.

“The results are pretty good – not what we wanted to see or expected. We are obviously disappointed, but it is what it is,” Pullia said.

The Liberals were delivered a message, only managing a minority government, he added.

“We knew there was a lot of momentum for change. We didn’t know which way it was going to go. At the national level, you don’t know which way it will go until the last couple of weeks. I can go either way. But we knew that people at the door were looking for change, and to the extent that they would have seen me as an option, they would have given me a chance,” Pullia said.

“We gave it a good run. You’ve got nothing to be ashamed of,” Achneepineskum told her supporters in her concession speech at a local restaurant.

Achneepineskum said they went into the election believing the region was ready to turn orange again, but admitted they also knew dethroning Hajdu wasn’t going to be an easy task.

“We were quite aware we were running against a Liberal candidate who was a minister. She did a lot of good work. She was my friend before and she still is my friend and I’m very proud of her,” Achneepineskum said.

Hyer said it wasn’t a great night for him personally, but it wasn’t all bad.

“It is partly the result I was hoping for. I did not want a Liberal majority. So we have a Liberal minority. I’m pleased it looks like the NDP will have the balance of power,” said Hyer, who twice ran under the NDP banner before a disagreement with party leadership led him to sit first as an independent and then as a member of the Green Party before being ousted in the 2015 election.

Youssef Khanjari, the People’s Party of Canada candidate, finished a distant fifth, with 1.7 per cent of the vote, while Libertarian Alexander Vodden collected just 136 votes, 0.3 per cent of those who cast a ballot.

Young Northwestern Ont. politicians demand Beyak's expulsion from Senate
Feb 20, 2020 8:00 PM
Comments
We welcome your feedback and encourage you to share your thoughts on this story. We ask that you be respectful of others and their points of view, refrain from personal attacks and stay on topic. To learn about our commenting policies and how we moderate, please read our Community Guidelines.

Sudbury's weekend forecasted to have a slippery start
0