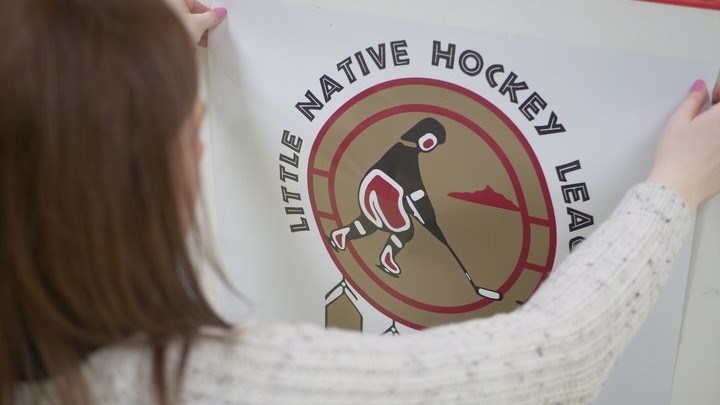 The Little Native Hockey League tournament, which happens in March every year, has been cancelled for the second year in a row due to the COVID-19 pandemic. (Image: Hydro One)

There will now be at least a three-year gap between editions of the largest Indigenous youth hockey tournament in Ontario.

The Little Native Hockey League tournament, which is also simply called the Little NHL, was last staged in 2019.

The 2020 event was cancelled mere days before it was scheduled to run this past March because of the COVID-19 pandemic.

And now, since there continues to be plenty of uncertainty surrounding the pandemic, it was announced earlier this week officials have decided to cancel the 2021 Little NHL.

Marian Jacko, the president of the Little NHL executive, said a survey was sent out to officials from previous participating squads seeking their input on what to do about the 2021 tourney.

“We got 120 responses to the survey,” Jacko said. “A lot of them were urging us to postpone it or cancel it or have some other format.”

Jacko said it was not realistic to have the tournament, traditionally staged during the March Break, move to another time in the year. And adopting a different format, such as regional events, was not considered to be prudent either.

Jacko also said the health and safety of the participants and community members who attend the popular tournament was at the forefront when deciding what action to take.

“The committee did take a good look at all the surveys,” she said. “We decided it was too risky to proceed.”

Thus, yet another asterisk will have to be placed in the tournament’s history books. The event was first staged in 1971.

But celebrating that milestone was put on hold as it was previously decided to call next year the 49th edition of the tournament and then celebrate the 50th anniversary in 2022.

But now, Jacko said if the event does indeed return in 2022, that tournament will be dubbed the 49th edition. Then the tourney’s 50-year history would be recognized at the 2023 event.

A total of 223 squads, representing various First Nations from across the province, had registered for the 2020 event.

Nipissing First Nation, located in northern Ontario, was primed to serve as the tournament hosts even though the tourney was to be held in Mississauga, located just west of Toronto.

Since it was unable to stage this year’s tourney, Nipissing First Nation was awarded hosting rights for the 2021 event.

Members of the Little NHL executive, as well as officials from the Nipissing First Nation host committee, met last week to discuss plans for the 2021 tournament.

Nipissing First Nation Chief Scott McLeod agreed it only made sense to cancel the tournament for a second consecutive year.

“I guess the only concern now, and it goes beyond the tournament, is when are we going to return to a state to have a tournament of this magnitude,” he said.

McLeod said Nipissing First Nation has first refusal on whether it wants to retain hosting rights for the 2022 event.

But they don’t have long before they must declare a decision. Jacko said the tournament executive has given Nipissing officials until the end of this month to figure out if they wish to keep the hosting rights.

McLeod said members of the host committee have already racked up about $200,000 in expenses in its efforts to host the Little NHL.

“We spent a lot of money on things that are pretty much useless now,” he said, adding tournament programs and any items with 2020 tournament dates cannot be utilized.

McLeod said some other expenses, including arena fees for this year, were waived since rinks were not utilized.

While some sponsors have indicated their contributions can be utilized for a future event, some money will be returned.

McLeod doesn’t buy into the suggestion the tournament’s image will suffer since it will be a few years between the running of editions.

“The spirit of the tournament is still alive and well,” he said. “I think this tournament is entrenched in First Nation communities across Ontario. In fact, I think it might come back stronger than ever.”

Jacko also believes the tournament will not lose any of its lustre.

“I don’t think so,” she said. “From some of the feedback, people were talking about how it will be even better when it comes back.”

We need the right ingredients for a downtown task team
0