The man and his dog were in the process of moving from Victoria, BC to Burlington, Ont. when he was involved in a head-on collision
Sep 15, 2016 8:00 AM By: Kenneth Armstrong 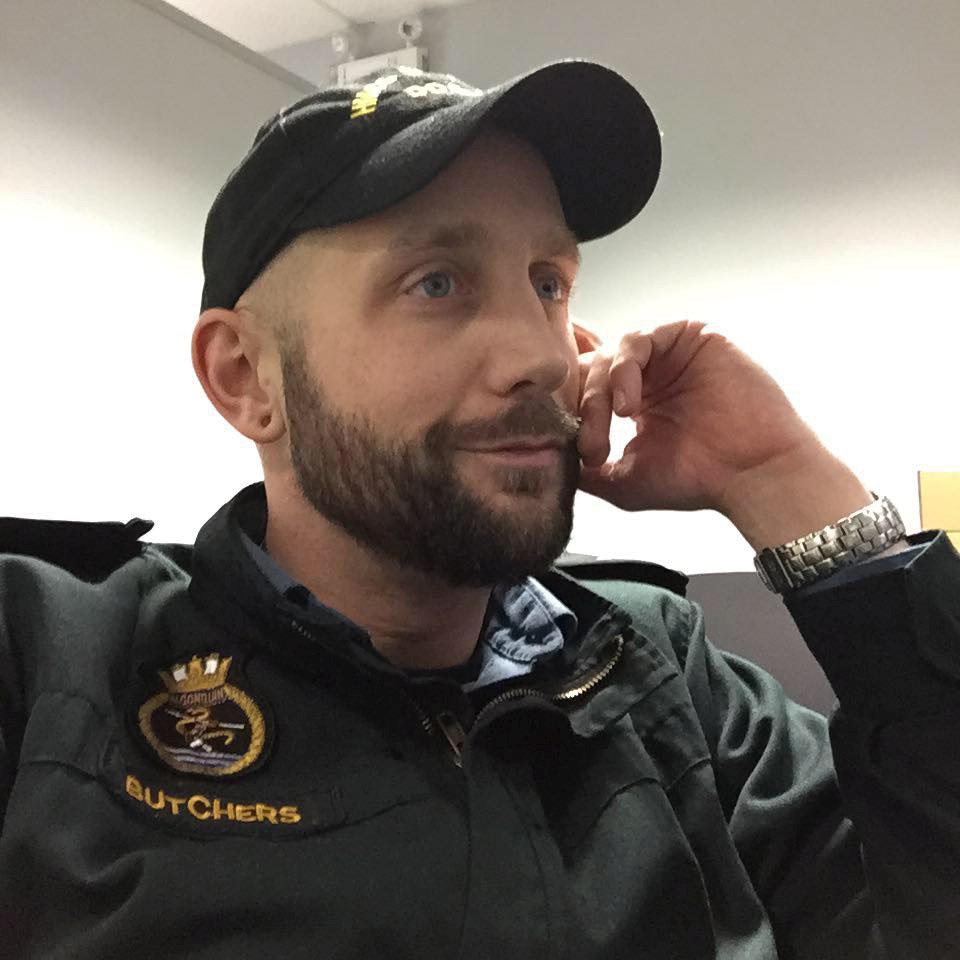 A man killed in a highway collision last weekend will be buried with his dog, thanks to the efforts of two area businesses and much to the appreciation of his family.

James Butchers and his dog Ziggy died in a collision west of Desbarats on Saturday, while he was in the process of moving from Victoria to his hometown of Burlington.

James’ father, Jim, said the pair were making the 4,300-kilometre trip by car partly for the dog's comfort.

“He didn’t want Ziggy to be in a crate flying,” said Butchers.

When police first notified Butchers about James' death, they asked Butchers what he wanted done with Ziggy’s body.

In his moment of grief, Butchers said he dismissed the thought of bringing the dog home.

"At that moment, I pretty much thought 'Who cares about that dog?" said Butchers.

Mark Graves, owner of Pine Ridge Services, was on scene to tow away the wreckage.

“In this case, it was the foresight of the police officers to say ‘just in case, do you mind taking control of the animal?’ said Graves.

He waited a day for word if the family would reconsider, and then buried the dog in a blanket.

“Trying to imagine what he’s going through, being notified that your son has just passed away in a car accident — and to be so far away and the last thing on his mind is what his son’s wishes might be,” said Graves.

Photos were taken in case the family wanted to know Ziggy had been given a proper burial.

Back in Burlington, Butchers was hearing from family and friends, who were also inquiring about the dog.

“We have always had dogs, we’re a dog family. When [James] left us and went out on his own, he immediately went out and got a dog,” said Butchers.

When James entered the Navy about six years ago, he reluctantly left his bulldog Winston with his brother in Burlington.

“He was bringing Ziggy home from BC six years later — they were going to meet each other, these two dogs,” said Butchers. 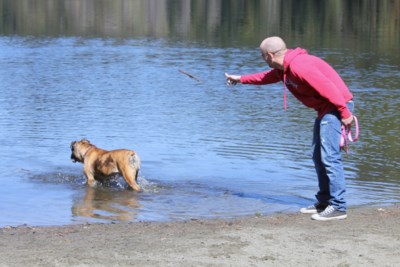 As his initial shock began to subside, Butchers said alarm bells began going off in his head and he knew he had to bring Ziggy home with James.

“Some of his buddies start talking to me about Jamie and his dog, and 'ding ding ding,' I started making phone calls,” said Butchers.

He got in touch with the OPP, who told him the dog had been buried and gave him the number for Graves’ towing company.

By the time Butchers reached Graves by phone, Ziggy had been dead three days.

Graves listened to the father, who explained the importance of preserving the relationship between his son and Ziggy.

“We deal with people who lose loved ones. You just try and be caring and compassionate and just listen to them,” said Graves.

“I think it would have been harder to say no to the father than it actually was to do it, honestly,” said Graves.

Butchers isn’t entirely sure how to repay Graves’ act.

“I said, 'What am I going to owe you for this?' He said, ‘Sometimes I think we need to help each other out.’ That man is really — I think I am pretty observant when it comes to people — he’s a really good guy,” said Butchers.

Graves wasn’t sure what to do with the dog’s body, but after some thought made a suggestion to have the dog cremated.

“He jumped all over that,” said Graves.

Graves arranged to have the dog taken to Paws To Remember, a Sault-based crematorium for pets.

Anna Scopacasa, owner of Paws to Remember, said there were no openings in the schedule for the crematorium, but she made room.

The Department of National Defence was expected to pick up James’ body and personal effects this afternoon.

“We are going to try our hardest to have the cremation ready by the time the military comes in to pick up Jim’s son’s body, and then pick up Ziggy’s ashes also so they are all brought back home at the same time to the family,” said Scopacasa.

She said because this is a unique situation, the crematorium will cover most of the costs of the service.

“Most people go through a real loss when they lose a pet, because the pet is a big part of the family. In this case, where both the pet owner and the pet died at the same time, I can really understand why the family would want them back at the same time and be buried together,” said Scopacasa.

James will be remembered by his father for his sense of humour and his love.

He will also be remembered as a practical joker who pulled the fire alarm at the Royal Ontario Museum at the age of five.

Butchers is hearing more anecdotes from his son's friends since the collision.

"In high school the least popular chocolate bar was a coconut Bounty. He would hide behind the [vending] machine and when somebody put their money in he would press Bounty. He was non-stop like that," Butchers recalls.

Butchers said the family is receiving much support from family and friends, but the actions of the two Sault businesses have given the family additional comfort in their time of loss.

“Really nice people — makes me proud to be a Canadian — that we all stand up for each other,” said Butchers.

Expect to pay about 111.0 at the pumps in Sudbury today
0

Cloudy and cooler day on tap for Civic Holiday
0