Richard Migwans awaiting kidney transplant; says ‘life is the biggest gift you can give’
Nov 6, 2019 12:00 PM By: Darren Taylor 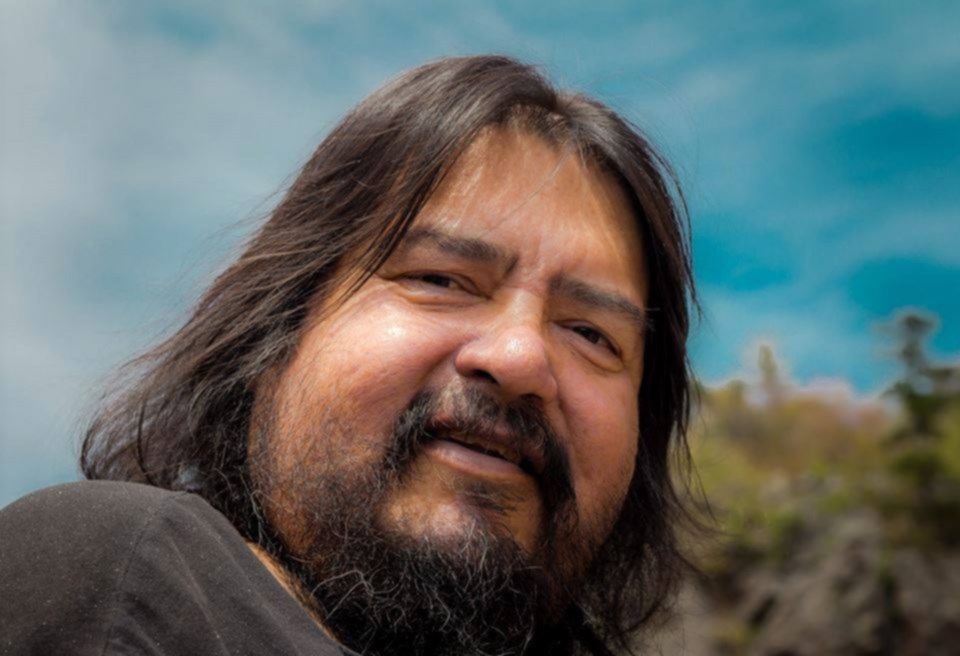 SAULT STE. MARIE — EDITOR'S NOTE: The following story has been edited to clarify information provided to SooToday about a fire that occurred 25 years ago.

Richard Migwans once helped when fire struck a local family.

Now, a woman who was a child at the time wants to save his.

Born in Toronto, Richard, 54, is a former Sault Ste. Marie Transit security guard and has lived in the Sault and area for most of his life, currently a Prince Township resident.

Known as ‘Chief’ to his friends (“I figure it’s just the way I carry myself,” he chuckled), Richard is familiar with battling life threatening illnesses.

At one time, he was afflicted with Necrotizing Fasciitis (NF), commonly known as flesh-eating disease. Doctors, Richard told SooToday, had to remove 200 pounds of flesh from his body.

“I’m a miracle guy. I survived that.”

Then, Richard was diagnosed with kidney disease three years ago, and has been undergoing dialysis treatment, three days a week for four hours at a time, at Sault Area Hospital (SAH) for the past year.

“It’s been life-changing. I feel sick a lot.”

Doctors told him his kidneys were functioning at 12 per cent capacity, and while undergoing the time consuming ordeal of dialysis, he was informed he would have to wait for a donor in order to receive a kidney transplant.

Several years ago, Richard was walking near the Indian Friendship Centre’s former Blucher Street location when he observed a house on fire and helped the family out.

Richard is modest about his heroic act.

“I don’t really talk about it. It was just something that happened.”

The girl, young at the time, is now a 28-year-old woman, living in the Sault.

The woman, who prefers to remain anonymous, remembered Richard from the fire and later learned of Richard’s health problems through Facebook.

She remembered Richard’s help and later learned of his health problems through Facebook, becoming inspired to donate one of her kidneys to him.

The woman, who prefers to remain anonymous, told us “Richard helped my Mom to put out the smouldering ashes in the house after the fire. I remember him running upstairs with buckets of water and towels, consoling my Mom, and when I tried running back into the house, my Mom kept me safe as the fire department showed up.”

“She called my parents, then my parents called me," said Migwans. "I contacted her and she said to me ‘you don’t have to live like that. I’m going to give you my kidney. You saved my life, now let me save yours.’”

Richard has type AB blood, which means he is a universal recipient for blood transfusions and a kidney transplant. After a year of testing and referrals, the female donor was approved to donate a kidney to Richard.

“I cried,” said Richard when asked how he reacted to the woman’s selfless desire to help him.

“She talks to me often. Life is the biggest gift you can give.”

The two will travel to Toronto General Hospital for the kidney transplant operation, and will have to spend three months in the city throughout the transplant process.

That, of course, represents a huge cost in terms of meals, accommodation, transportation and other expenses.

“I pray every day,” Richard said, hopeful his expenses and that of his donor can be met.

The Sault’s Tiana Holder, Be Our Guest Events owner and operator, grew up knowing Richard and has stepped up to inform the public, through her Facebook business page, of a benefit she will hold at the Delta Friday, Nov. 29, beginning at 5:30 p.m., to help raise funds for Richard, his donor and his family.

Be Our Guest Events is a local business offering help in planning fundraisers, stag and does, baby showers, birthdays, anniversaries, and other events.

Tiana has also set up a GoFundMe page to help Richard, with a fundraising goal of $20,000.

“It’s amazing what people will do to help somebody. They’re two fantastic people. Words can’t express it,” said Richard of his donor and Tiana.

“It (the kidney transplant) will allow me to be around for my wife and three sons.”

Richard goes back to Toronto General Hospital Dec. 4, hoping to receive a surgery date before Christmas.

Tiana informed SooToday any and all donations are appreciated, and for any further information or questions, she may be contacted at Be Our Guest Events through Facebook or by email

The GoFundMe page for Richard may be reached by clicking here.