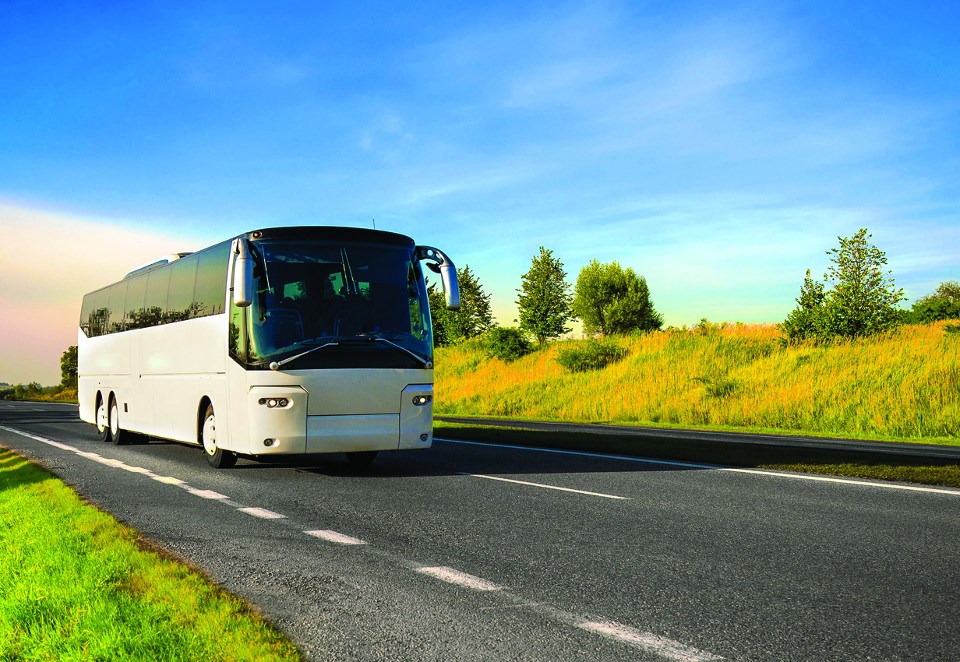 It’s been a long three years for Guy Dumas, who has been actively championing public transportation on Manitoulin Island since 2016.

But the wait may finally be over this spring – that’s the target date for the new pan-Manitoulin bus service to become operational.

Located in Georgian Bay in Lake Huron, Manitoulin Island is a rural area whose population of about 13,000 permanent residents swells in the summer months following an annual influx of tourists.

Some of the communities can be as far as 30 to 60 minutes apart and, aside from a privately run taxi service, there’s no transportation to help ferry people between them. For those who don’t own a vehicle, hitchhiking is still a common way to reach their destination of choice.

“I found out the issue is a longstanding issue on Manitoulin Island, going back 100 years,” said Dumas, who’s based out of the Wiikwemkoong Unceded Territory on the Island’s east end.

His efforts began through his work as a vocational rehabilitation specialist with March of Dimes Canada.

Time and again he heard from his colleagues about the difficulty their Manitoulin clients had in securing transportation to and from work, making it difficult to retain employment. Employees were providing rides to their clients, but the arrangement was untenable over the long term.

With approval from his employer, Dumas said, he began surveying organizations across the Island and realized the lack of reliable transportation was widespread.

After hosting several meetings with interested stakeholders to discuss options for improving the situation, he formalized his efforts into the United Manitoulin Islands Transit (UMIT) committee in 2017.

In the midst of this work, the Ontario Northland Transportation Commission (ONTC) announced in April 2018 it was launching bus service across the island, seemingly providing some relief. But the arrangement was short-lived.

Instead, the Crown agency struck a partnership with Little Current-based All in One Taxi Service to shuttle passengers between Little Current and Espanola, about a 40-minute drive, where they can then catch the ONTC bus travelling east or west along Highway 17.

In a Nov. 12 news release, ONTC said ticket holders using the taxi service to catch the bus would be provided special pricing.

“By changing how we are delivering service, Ontario Northland will improve travel times for our passengers, provide direct service to larger centres, and ensure the service is sustainable,” stated Tracy McPhee, ONTC’s director of passenger operations.

It was a disappointing setback for Dumas. But despite the delay, his committee carried on their original plan trying to find a Manitoulin-centric solution to transit woes.

“It got to a point we realized… we don't know what the demands and preferences are, we don't know how much people are willing to pay for transit services on the Island, so we need a feasibility study,” said Dumas, who continues to chair the committee.

“If we're going to attract any government funding, then a feasibility study adds credibility to any request. Let's begin with that idea.”

It outlines the transportation needs of Manitoulin residents, presents viable options, and includes a budget for the first four years of operation.

Riders would be driven in a small, 15-passenger bus owned by the proposed transit co-operative and managed by a private transit operator.

If demand is there, a taxi feeder service could be employed to connect passengers from smaller, outlier communities to transfer locations where they could then catch the bus.

The fare for a single trip is being proposed at around $5. The annual cost of operation is an estimated $125,000.

“Although the service level proposed is modest, it must be stressed that introducing public transit for the first time is a significant milestone, and it represents a risk-free ‘walk-before-you-run’ approach that recognizes public transit cannot be all things to all people,” the study notes.

“In this regard, the service focus was on accommodating the non-work trip market to at least enable residents to travel affordably to access goods and services. Adding service to accommodate worker shifts can take place as funds become available.”

UMIT is currently working to establish the service under a multi-stakeholder co-op model, which would be governed by a 12-member board.

In October, the Town of Central Manitoulin signed an agreement on behalf of the committee to access up to $500,000 in funding through the province’s Community Transportation Grant Program.

The $30-million initiative established under the Kathleen Wynne government in 2015 helps municipalities pay for local transit and intercommunity bus service in areas that are unserved or underserviced by public transit.

Additional sources of revenue are being explored.

Dumas is aiming to get a trial run of the service underway in late March or early April and fully operational by May.

His sunny optimism predicting the success of the service is palpable, and he’s convinced that once public transit arrives on Manitoulin, it will be there to stay.

"If it's your business, if you have a stake in it, you want it to be successful; that's the idea here,” Dumas said.

“Rather than one person or five people, I'm going after 9,600 people to make it their own, to make transit their own, as well as their visitors and relatives abroad.”

Advisory issued after wolf sightings in Timmins area
Jan 22, 2020 11:00 AM
Comments
We welcome your feedback and encourage you to share your thoughts on this story. We ask that you be respectful of others and their points of view, refrain from personal attacks and stay on topic. To learn about our commenting policies and how we moderate, please read our Community Guidelines.