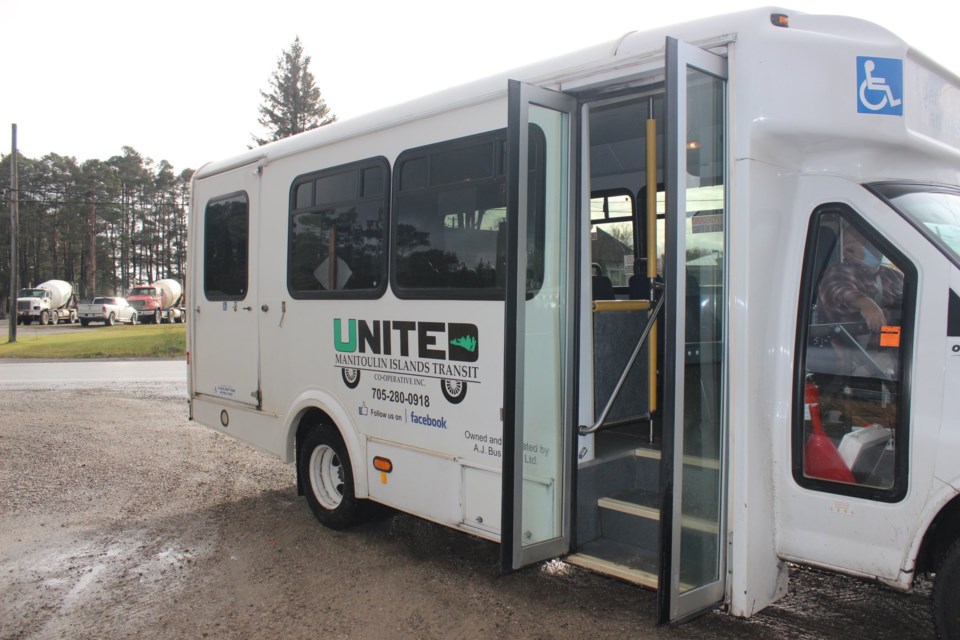 A co-operative aiming to bring low-cost public transit to Manitoulin Island is partnering with a Montréal-based tech firm on a pilot project offering on-demand passenger bus service to riders.

The deal, inked last fall by United Manitoulin Islands Transit (UMIT) and Blaise Transit, means that UMIT will implement Blaise’s rideshare software in early 2021 for riders travelling between Dooganing (South Bay), a community within Wiikwemkoong First Nation territory, to other areas of Wiikwemkoong, Manitowaning, and the rest of Manitoulin Island via UMIT’s fixed-route bus line.

“We are excited about the opportunity to pilot an on-demand transit system in Wiikwemkoong that will connect passengers to UMIT’s fixed-route service and the wider community on Manitoulin Island.

“We envision a completely new way of thinking about human travel that will connect our residents with vital services and contribute to revitalizing our local economy.”

Launched in August, the new bus service makes two runs a day around the north and central parts of the island, which is situated in the upper end of Lake Huron.

It’s currently being funded through a Community Transportation Grant, but other sources of funding are being explored.

Using the Blaise Transit app, passengers requesting a ride are paired with other riders going in the same direction, and a bus is sent to pick them up. To decrease trip times and costs, they’re then picked up and dropped off at bus stops near their origins and destinations, according to the company.

Bus drivers can use the app to guide them along the route and get directions to bus stops via a tablet provided by Blaise.

UMIT will also have access to real-time data generated through the software, which can then be used to analyze ridership trends and the cost to operate the service.

Founded in 2017, UMIT is a non-profit, multi-stakeholder co-operative overseeing the transit system whose goal is to facilitate a no-cost or low-cost transit system for Manitoulin Island on a permanent basis.