A year ago, Robert MacKenzie finally found the mother who had given him up for adoption at birth
0
May 13, 2019 7:58 AM By: Nathan Taylor 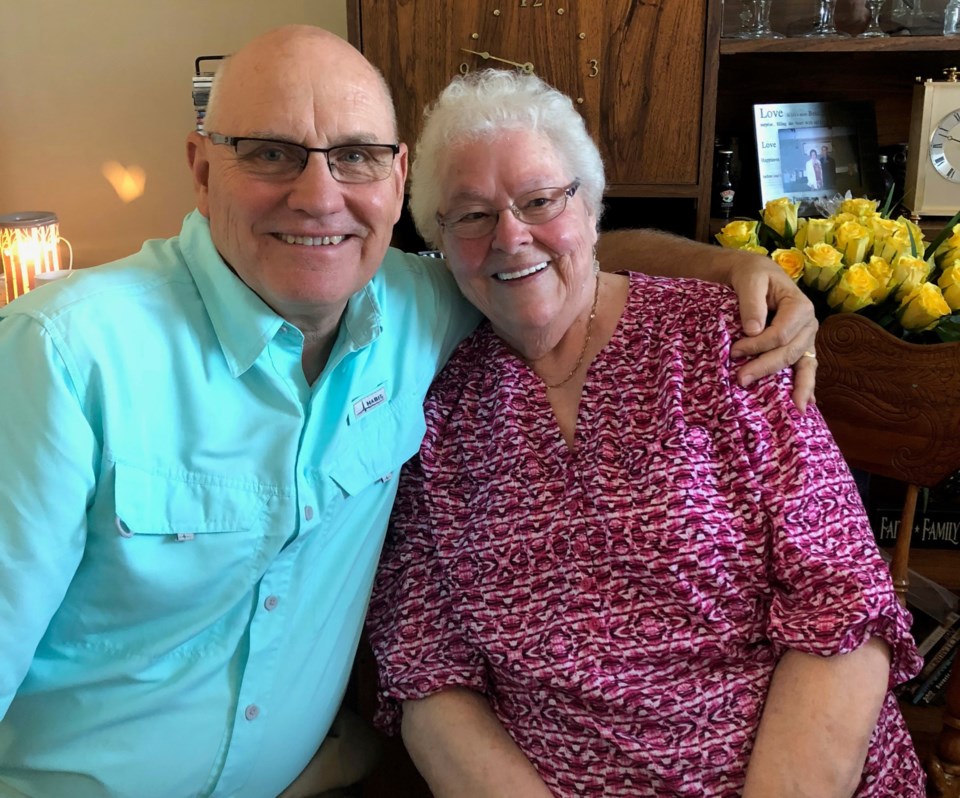 Robert MacKenzie is shown with his mother, Frances, moments after meeting her for the first time in May 2018. Supplied photo

SEVERN TOWNSHIP — At this time last year, Robert MacKenzie anxiously approached the front door of a home in Lindsay.

“What’s behind that door? What type of health is she in?” the Severn Township resident recalled thinking. “I had all of these questions.”

They were questions he’d asked himself his entire life.

MacKenzie, 64, was adopted at birth. His adoptive parents were “fantastic,” he said, but he still had all of those questions.

“I’ve always had the thought in the back of my head,” MacKenzie said. “People would say, ‘You look like so-and-so,’ and I would think, ‘Wow. Maybe that’s my brother’ or ‘Maybe that’s my sister.’”

When Ontario opened adoption records in 2009, he put his name on the list.

“I was hoping my mother was looking for me,” he said. “She was not, which is fine.”

After his adoptive parents died, he resumed his search for his birth mother in earnest, with the help of his five children.

“We went online, Googled. We tried everything,” he said.

He even hired a private investigator. Still, no answers.

Then, his daughter bought him an AncestryDNA kit. He got hits for fourth and fifth cousins.

At that point, it seemed like a long shot. But when he found a second cousin with the same surname as his birth mother, everything changed.

“It was like we hit a jackpot in Las Vegas,” he said. “Now we just had to put the missing pieces of the puzzle together.”

His second cousin’s father had an aunt named Frances, but they had lost contact.

Finally, a connection was made with Frances’s brother in Nova Scotia, who knew Frances was living in Lindsay. What he didn’t know was that she had given a son up for adoption.

“None of her family knew I existed,” MacKenzie said. “She’d kept this a secret for 63 years.”

So, her brother called her and asked about it.

“Apparently, there was silence at the end of the phone and she said, ‘Yes. How did you know?’” MacKenzie recalled. “He said, ‘I think he found you.’”

Soon after that “emotional” phone call, he drove to Lindsay to meet his mom. There, he learned he had two half-brothers and two half-sisters. He met them a couple of weeks later.

“It’s like a Hallmark story come true,” MacKenzie said. “It’s a slow blend of two families coming together and rebuilding after 63 years.”

Minutes after meeting his mother for the first time, he thanked her for giving him up for adoption, because he was able to fill a void for two loving people who weren’t able to have children of their own.

MacKenzie’s kids, who are grown and live in the United States and various parts of Ontario, have all made the trip to Lindsay to meet Frances.

MacKenzie and his 84-year-old mother talk two or three times a week, on the phone or using FaceTime.

It’s a connection he doubts he would have been able to make if his daughter hadn’t ordered AncestryDNA.

“I encourage everyone to do it,” he said. “You could be the link to someone else.”

About the Author: Nathan Taylor

Nathan Taylor is an experienced multimedia journalist and editor who covers Orillia and other parts of Simcoe County.
Read more