McEwen Mining investing in exploration at its Timmins-area sites 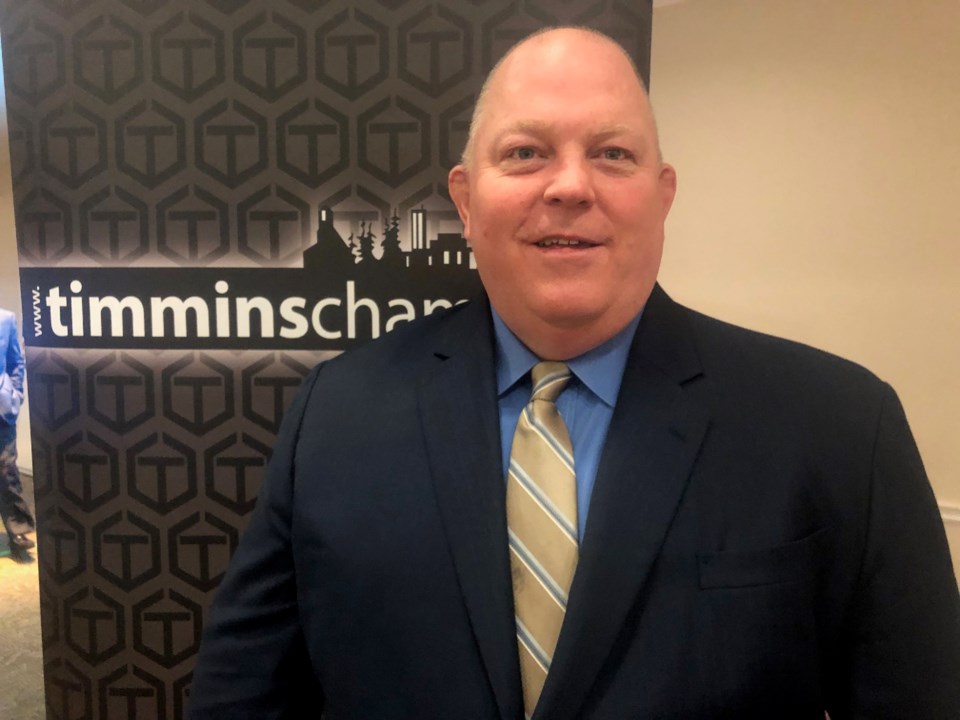 McEwen Mining president and COO Chris Stewart talked about what's happening at their area operations at the Timmins Chamber of Commerce's Inside Their Business event. Maija Hoggett/TimminsToday

Exploration and building the mine life of McEwen's local investments are focuses for the company in 2019.

President and COO Chris Stewart gave an update on the company's work in the Timmins area and beyond at the Timmins Chamber of Commerce's Inside their Business event.

McEwen Mining bought the Black Fox Complex near Matheson in October 2017. That site includes the Black Fox Mine, as well as the Froome, Grey Fox and Tamarack deposits. The company also owns the Stock Mill and former Stock Mine located between Timmins and Matheson.

Both are located on a geographic feature that has produced millions of ounces of gold over the years.

“A real attraction for us is the Destor-Porcupine fault system and what it’s produced for the communities and businesses up here over time,” he said.

When Stewart was hired in August of last year, he said the Black Fox mine life outlook was 1.5 years.

Using the information gained from the company's exploration work in 2018, his focus is now on growing the mine's life and following up on the six new gold occurrences found last year.

This year, he said the company is investing another $20 million for exploration in the Timmins area.

“Not many other companies up here are spending that kind of money on exploration right now,” he said.

“This year we haven’t come out with our guidance yet, we’re working on budget and mine plans right now based on all the data we got out of 2018, so we’ll be coming out with that in early February," he said.

He expects the goal to be similar to last year, though.

"You need to take a step back, build a solid foundation of a mine operation where we’re making a little bit of money, we’re not looking to make a huge margin, but if you’re going to mine gold you need to make money doing it and that’s our focus. I think we’re going to be a similar production profile this year, with a view of focusing on our exploration and building that mine life out and then once we get that figured out then you can start to add back and start to grow with the business. We’re taking a very structured approach to how we want to move this thing forward,” he said.

Northern Ont. mining company uses new device to keep COVID-19 off the mine property
Sep 19, 2020 2:00 PM
Comments
We welcome your feedback and encourage you to share your thoughts. We ask that you be respectful of others and their points of view, refrain from personal attacks and stay on topic. To learn about our commenting policies and how we moderate, please read our Community Guidelines.

Letter: Thank you for your efforts in adhering to COVID-19 protocols
0

Porketta bingo fundraisers are back at the Trevi
0