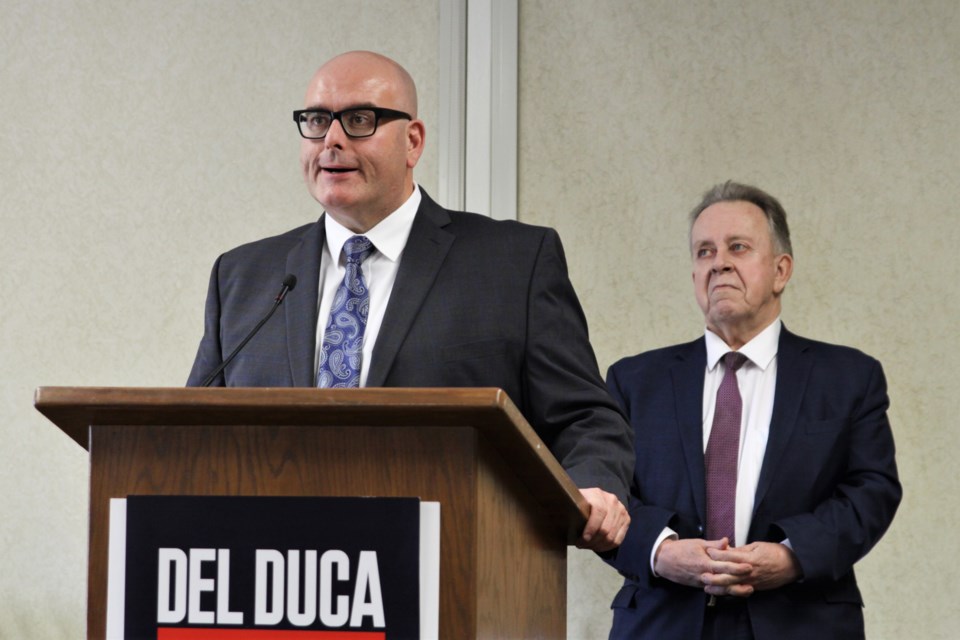 Gravelle said this weekend’s leadership convention in Mississauga truly kicked off the process of rebuilding the party, which was reduced to third-party status after winning only seven seats in the 2018 election.

“I’m excited for the party that we can now begin that path to renewal in a very strong and effective way,” he said.

Gravelle announced his endorsement of Del Duca when the candidate stopped in Thunder Bay in early January, along with former Liberal MPP and current mayor Bill Mauro. The three sat around the cabinet table together in the Kathleen Wynne government.

The former Vaughan MPP won over 58 per cent of delegates' votes on the first ballot Saturday, with his nearest rival, MPP Michael Coteau, taking 17 per cent.

The new leader is good news for the north, according to Gravelle.

“Steven is somebody who I think really understands the north,” he said. “As Minister of Transportation, he was very helpful with us moving forward with four-laning from Thunder Bay to Nipigon, and trying to move forward – as he’s committed to – to four-laning highways all across the north.”

Del Duca released an Ontario North Action Plan during the leadership race that included a commitment to expand the Trans-Canada Highway to four lanes province-wide, as well as expanded funding for the Northern Ontario Heritage Fund Corporation and Northern Ontario Energy Credit.

Gravelle said the hard work lies ahead in regaining public support, but expressed optimism after what he called an energetic gathering of around 3,000 delegates for the leadership convention.

“There’s been an electric atmosphere in the room for the last two days,” he said. “It’s a wonderful thing to see, particularly as a party that took a hard fall in the 2018 election. We understand that we need to fight hard to make our way back.”

Council to debate where to spend $4.1-million capital levy
0