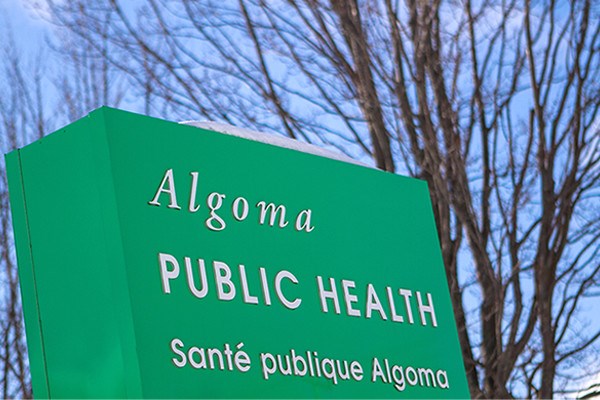 Algoma Public Health, Mayor Christian Provenzano, MPP David Orazietti and Ontario Minister of Health and Long-Term Care Dr. Eric Hoskins have all called for the KPMG report to be made public.

Today's expected release of the long-suppressed KPMG forensic review of Algoma Public Health will not proceed as planned.

Brian Beamish, Ontario's information and privacy commissioner, ordered last month that the full, uncensored report be released to SooToday sometime between today and next Tuesday, April 19.

Algoma Public Health had agreed to provide us with the until-now-secret report this morning.

But last week, we received word from Beamish that he's ordered an interim stay of his release order "until further notice."

Beamish said only that he ordered the delay "pending the filing of a request for reconsideration."

The KPMG report explores whether any conflict of interest occurred in relation to APH's hiring of Shaun Rootenberg as interim chief financial officer.

The report is known to contain highly sensitive personal information.

Beamish has nonetheless accepted SooToday's argument that there's a compelling public interest in releasing the full report that outweighs all privacy considerations.

Mayor Christian Provenzano, MPP David Orazietti and Ontario Minister of Health and Long-Term Care Dr. Eric Hoskins have all called for the report to made public.

The board of Algoma Public Health agreed last June to release the document to SooToday under the Municipal Freedom of Information and Protection of Privacy Act.

APH's decision was appealed by an individual whose identity has so far not been made public.

Her appeal was unsuccessful.

The report nonetheless contains a considerable amount of new information that was not included in the public version of Provincial Assessor Graham Scott's report on APH's finances and governance released last June.

If the forensic report is eventually released, SooToday will review its content in the context of Canadian media law before deciding how much of the information to make public on our website.

Former Thunder Bay mayor Keith Hobbs, co-accused found not guilty of extortion
Feb 21, 2020 7:00 PM
Comments
We welcome your feedback and encourage you to share your thoughts on this story. We ask that you be respectful of others and their points of view, refrain from personal attacks and stay on topic. To learn about our commenting policies and how we moderate, please read our Community Guidelines.