Residents from Mattawa to West Nipissing being asked if they bought it at the North Bay store on Lakeshore Drive
Dec 4, 2020 6:00 PM By: Dave Dale 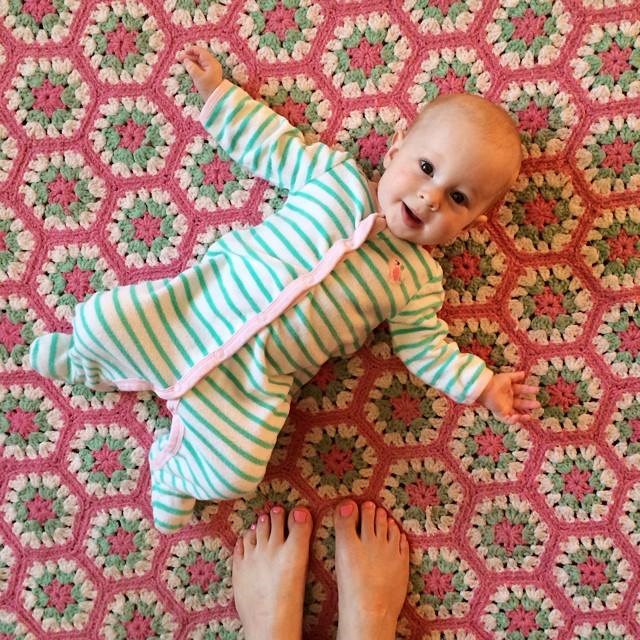 NORTH BAY — Alex Merrick realizes it’s a “very, very long shot” they’ll get an heirloom blanket back in their family circle after it was dropped off in a box of clothes at North Bay’s Value Village this time last year.

“But my mom always said that ‘if you don’t ask, you don’t get.’ So I figured I’d ask the universe for this,” Merrick explained in a Facebook post that has been shared almost 9,000 times in three days.

Merrick said they’re hoping someone in North Bay or the surrounding communities may have bought the pink, cream, and mint green creation by her ‘Gran’ who passed away in 2014.

“It was in excellent shape. I feel in my bones that someone with an eye for craftsmanship and a desire for coziness picked it up and has it draped over their couch as you read this.”

Merrick, of Toronto, said her mom and a sister live on Alsace Road in Commanda Township, but they’re actually hoping to retrieve it for her older sister in Edmonton. She wants to give the blanket, made more than 45 years ago, to her own daughter as a “legacy gift” that would be handed down to the next generation, “a way to keep our Gran’s memory alive.”

BayToday contacted Merrick to see if they’ve received any tangible clues as to where it might be.

“No leads, no luck yet,” she said, although the countless messages from people wanting to help is giving them hope and inspiration.

“We’ve had so many offers to remake the blanket, which has been really sweet,” Merrick said, referring to the more than 500 comments under her post and private messages.

“I guess people can really get behind a blanket your grandmother made and the sentimental attachment to it,” she said, adding they will definitely compensate the person who offers it back – although it would be understandable if they’ve already grown attached to for their own reasons.

Merrick said her “Gran was the best. She could knit and crochet without looking, made the best roast beef and Yorkshire puddings, and always snorted when she laughed.”

She said her family is “truly overwhelmed” everyone has taken the time to help them bring some Christmas cheer to her sister this year.

“Even if the blanket isn’t found, this has been such a bright spot in an otherwise sad story,” she said.

“When we exhaust the search, we may take someone up on (the offers to recreated it),” she said about Plan B. “That would be a nice token for this whole experience, to be honest.”

Dave Dale is a Local Journalism Reporter with BayToday.ca. LJI is funded by the Government of Canada.

Most police calls aren’t for crimes, so why not better fund community services, BLM Sudbury says
0