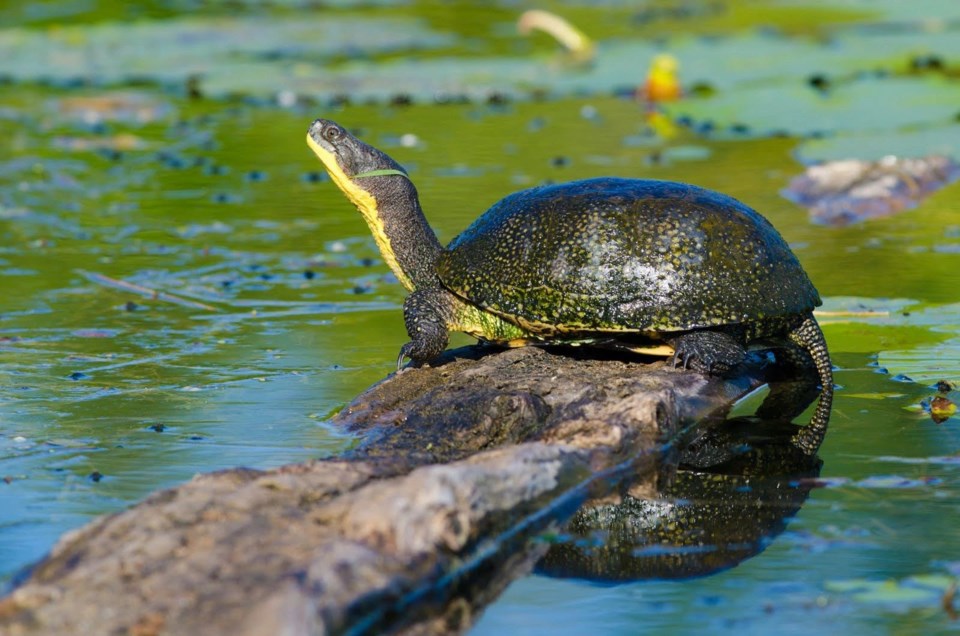 ELLIOT LAKE — A North Shore-based environmental group is leading the charge to thwart a zoning change they say would have a negative impact on the federally endangered Blanding's turtle species.

The zoning change, if successful, would allow the creation of a quarry that would disrupt what ANSWER (Advocates for the North Shore Water and Environmental Resources) says is the one of the best habitats in North America for the Blanding's turtle. It's in the Township of the North Shore.

Rhonda Kirby of ANSWER told ElliotLakeToday, "This has been a three-year long battle. We are currently in the process of trying to convince local council (Township of the North Shore) to maintain the Restricted Open Space (ROS) designation and not to rezone to allow for aggregate extraction."

"Many people in the community are opposed to the proposed quarry and feel that their voices have not been heard. As is typical in these situations, the aggregate permit process heavily favours the proponent. The science, however, speaks for itself,” she continued.

Kirby says the turtles can live up to 80 years.

The issue is up for discussion at the upcoming Township of the North Shore Committee of Adjustment meeting. It will take place on Tuesday, Aug. 27 at the Municipal Office in Algoma Mills at 7 p.m. Although they won't be allowed to speak at the meeting, some of those opposing the quarry plan will be on site to discuss the issues starting around 6:30 p.m.