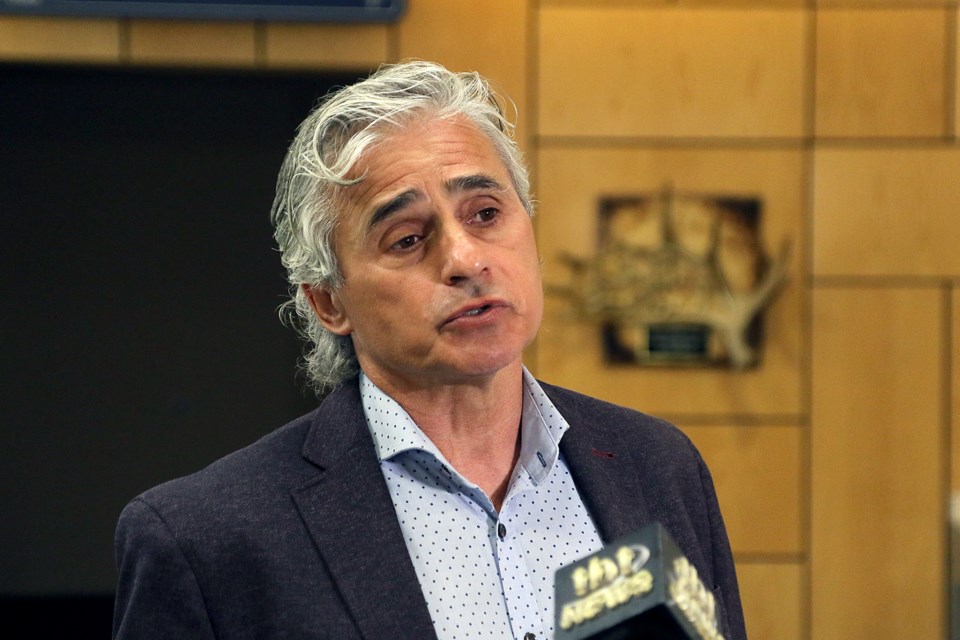 THUNDER BAY – The mayors of Northern Ontario’s five largest cities are calling on the province to back down on its plans to consolidate its 34 health units into 10, saying the pandemic has demonstrated the agencies are already stretched to their limit.

In a letter addressed to Premier Doug Ford, the mayors warned provincial plans to consolidate health units and shift more costs to municipalities would dangerously erode the public health system.

“Throughout the pandemic we have seen our [public health units’] capacity stretched beyond their respective limits,” the letter reads. “Reducing that capacity further risks a significant deterioration of their ability to effectively serve their regions during normal times, much less another health care crisis.”

Thunder Bay mayor Bill Mauro signed the letter along with his counterparts in Sudbury, Sault Ste. Marie, North Bay, and Timmins. Dated March 24, it will be presented to city council for information on Monday.

The Ford government’s 2019 budget included plans to consolidate its 34 health units into 10 larger regional agencies, and reduce provincial funding by $200 million a year – though the province maintained that would be made up by increasing municipal contributions.

The changes were originally expected to be implemented by 2020-2021.

Those plans were expected to include combining the Thunder Bay District Health Unit and Northwestern Health Unit, which together serve an area of over 400,000 square kilometres.

The proposal has drawn alarm and opposition from many public health officials and municipal leaders.

"Public health is very local. We're linked to municipalities. If you combine too many of them under one, or the areas are too big, then you tend to lose that local connection," DeMille said in 2019.

“Health care is squarely a matter of provincial responsibility and jurisdiction,” they write. “Our municipal levies and funding mechanisms have a difficult time affording the essential services they were designed and are required to provide.”

“If the province continues to shift costs into the municipal tax base, it will put additional pressures on commercial, industrial, and residential realty taxes that we are already struggling to maintain at reasonable levels.”

The province traditionally shared public health costs 75-25 with municipalities. That's expected to move to 70-30 in 2022, according to the City of Thunder Bay's 2021 budget documents. The city's public health levy was just over $2.5 million this year.

The letter seeks follow-up discussions with the province, and calls on the government to drop its consolidation plans.

“We specifically ask that your government abandon the amalgamation of the public health units and commit to the historic funding model whereby the province pays the same share of public health costs that it did prior to its modernization framework.”

Why is the mayor of Greater Sudbury paid more than the premier of PEI?
0