Business and labour in agreement Hadju's appointment a positive development
Jan 12, 2017 10:00 AM By: Gary Rinne 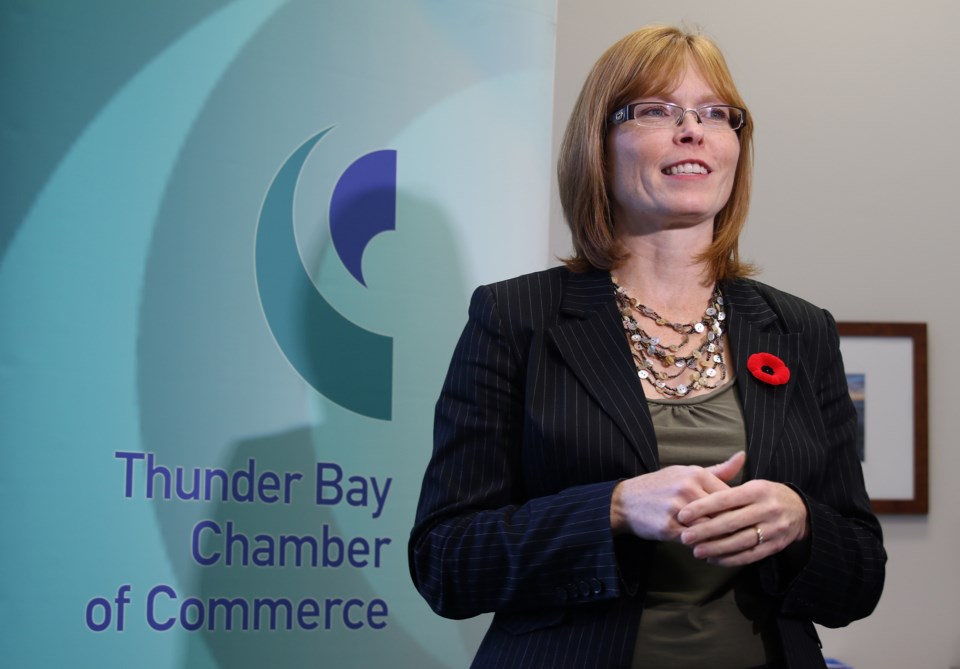 The leaders of the Thunder Bay and District Labour Council and the Thunder Bay Chamber of Commerce are both welcoming Patty Hajdu's appointment as Minister of Labour, saying it should mean better representation for regional issues.

Robinson said the employment, labour and workforce portfolio is one that's important across the northwest.

"We've been talking about workforce development and employment issues for quite some time, so having that link through a local MP is very significant because she will bring that rural perspective."

The chamber head added "sometimes things like (Employment Insurance) have a different way of operating" in areas such as the northwest, and Hajdu will add a valuable local perspective to issues.

Robinson beleives Hajdu showed through her work as Minister of Status of Women that she deserved the Prime Minister's confidence. "She's probably the most high profile Status of Women minister that I've noticed in recent years.

She got a lot of attention. She brought the issues forward on the national stage," she said, noting that the Thunder Bay-Superior North MP has appeared frequently on news or public affairs programs on all the national TV networks.

Robinson said Hajdu's proven ability to gain attention for issues bodes well for her chances of success in her new position. "It's clear that she's able to handle the spotlight...and she's being rewarded now with this much larger and probably a little more challenging portfolio."

Labour Council president Carlos Santander-Maturana said that Hajdu will be "an avenue" for issues affecting labour in northwestern Ontario, including training, employment, the revitalization of the forest industry, and any changes to labour legislation that affect workers.

Santander-Maturana said the organization representing 25,000 local workers already has "a very good working relationship" with the minister, and just recently met with her regarding proposed pension plan reforms.