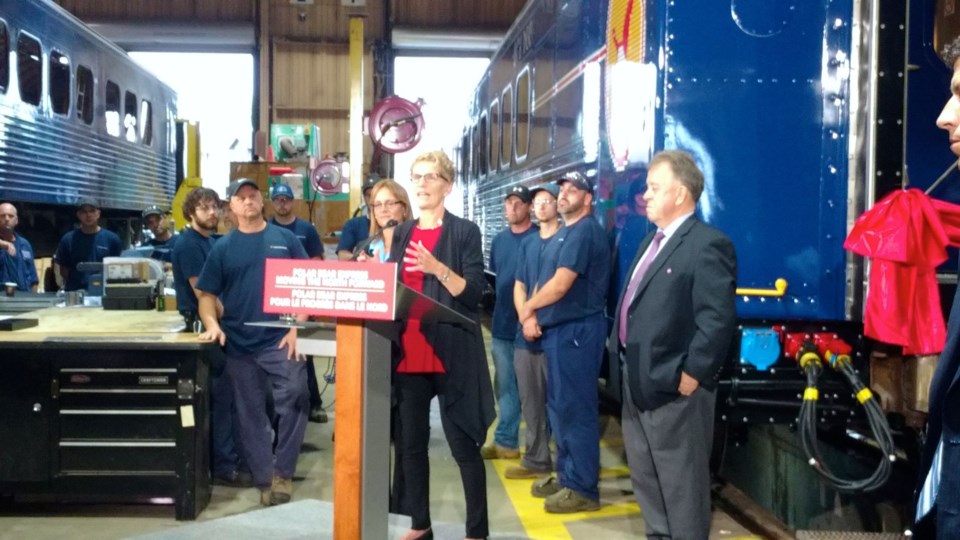 With the Premier’s recent visit to North Bay, many locals were left disappointed with a lack of funding announcement or anything more than what some criticise as a photo opportunity.

Trevor Holliday, leader of the Northern Ontario Party said it was about time Kathleen Wynne came to the North and believed her motives to be questionable.

“It was long overdue,” he said. “It was pretty much just a way for her to buy supporters. What funding she did present in Northern Ontario was just a drop in the bucket to what’s needed.”

He said Wynne’s responses to tougher issues, like hydro rates, were to talk around them and not accepting faults that have happened. More so, he said the level of neglect the North receives is evident by how big of news it is considered when political members visit Northern Ontario.

“They aren’t standing up for what the North wants,” he criticised Liberal and Conservative members elected in Northern Ontario. “They are concerned for what the party wants. People are fed up with the South and the big-party-mind-frame.”

Holliday said it was neglectful situations like Wynne’s Northern Tour which warrant Northern Ontario being its own province.

“There are changes that would have to be made to our structure, but it’s possible,” he said, criticising those who would say Northern Ontario is only a place of natural resources.

However, Nipissing MPP Vic Fedeli said dividing the province was not the solution to these issues.

“I don’t believe in separation,” Fedeli said. “Where do you draw the line—northeastern and northwestern Ontario have very different needs, are you going to separate them too?”

Fedeli said the only reason there has been so much northern backlash to separate, is due to the dismal treatment from the provincial Liberals over the last 13 years.

“We live it every day,” he said. “We see this government continue to develop urban-centric solutions for Ontario-wide problems, but when they develop and make it an in the south solution, it may not accommodate us and they don’t think about that. That’s the difference with our party; we would shine a northern lens on all the decisions before they’re put into law and into practice.”

Holliday, however, said the Ontario Conservatives weren’t much better and both parties use tours as ways to demonstrate their support for northern Ontario without actually doing much to benefit us.

During Kathleen Wynne’s visit to North Bay, she commended the ONR for its work on refurbishing the first of 16 Polar Bear Express passenger cars last Friday morning but left soon afterward.

BayToday.ca readers have expressed relative disappointment with her visit to North Bay in a poll voted 644 times at the time this story was written, with most (56.52 %) considering the visit a non-event and just a photo opportunity, while a large amount (36.8%) considering her visit very disappointing. Only a minimal amount (6.68%) were actually pleased to see her in the North.

Petition calls for apology to Sixties Scoop survivors
Oct 19, 2020 4:00 PM
Comments
We welcome your feedback and encourage you to share your thoughts. We ask that you be respectful of others and their points of view, refrain from personal attacks and stay on topic. To learn about our commenting policies and how we moderate, please read our Community Guidelines.

About the Author: Ryen Veldhuis

Writer. Photographer. Adventurer. An avid cyclist, you can probably spot him pedaling away around town.
Read more