In the days since the Order of Ontario announcement, petitions now with tens of thousands of total signatures have been circulating online opposing Harris' inclusion
Jan 5, 2021 7:00 PM By: Stu Campaigne 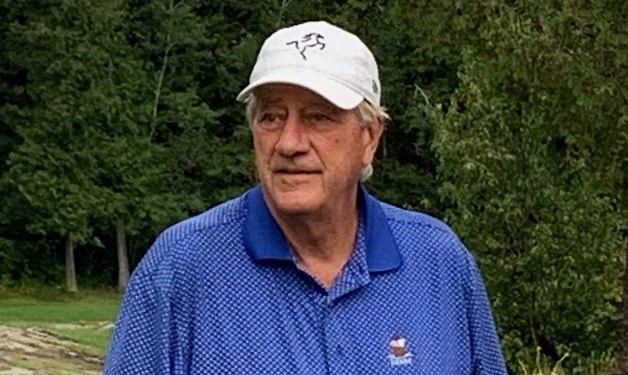 NORTH BAY — News that former Premier and Nipissing MPP Mike Harris has been given the province's highest honour — the Order of Ontario, has drawn outrage in some quarters.

Harris was first elected as MPP for Nipissing in 1981 and became the leader of the provincial Progressive Conservative party in 1990. In 1995, Harris and his "common sense revolution," swept the PCs into power. Harris served as premier until he stepped down in 2002.

Harris was named as an appointee of the 2020 Order of Ontario, Friday, by Lieutenant Governor of Ontario Elizabeth Dowdeswell.

Hare advised the opposition of the Anishinabek Nation to Harris' appointment stems from the former premier's involvement in the actions that led to the shooting death of Anthony "Dudley" George in 1995 at Ipperwash, and the findings of the inquiry that followed.

The Order of Ontario recognizes its members' exceptional achievements and is "reserved for Ontarians from all fields of endeavour and backgrounds, whose excellence has left a lasting legacy in the province, Canada and beyond. Members of the Order are a collective of Ontario’s finest citizens, whose contributions have shaped — and continue to shape — the province’s history and place in Canada."

Take our poll: Should Mike Harris receive the Order of Ontario?

“The Ipperwash Inquiry made it very clear that while he didn’t personally pull the trigger, Mike Harris’ actions as the Premier of Ontario contributed to the circumstances that led to the shooting death of unarmed land defender," George, said Hare in a statement.

Hare added, "Harris’ contribution to our collective knowledge is anything but positive."

This is not the first time an honour involving Harris has resulted in criticism. In 2010, Maurice Switzer wrote this article that appeared in BayToday about naming the library at the Education Centre after Harris.

The "Stop Mike Harris," petition states the former premier's involvement in not only the Ipperwash Crisis but also the Walkerton water scandal as reasons for its creation. The petition also cites the "College of Teachers fiasco," and the privatization of Highway of 407 as evidence for Harris' exclusion from the Order of Ontario.

Erika Lougheed has been acclaimed as the NDP candidate for Nipissing for the next provincial election and says she is "shocked, but not surprised that committee members appointed by Doug Ford have recommended awarding Mike Harris the Order of Ontario."

Lougheed, currently a councillor in East Ferris, adds, "This decision is incredibly hurtful to every family who has lost a loved one in for-profit long-term care.

"As Premier, Mike Harris cut social assistance and created the conditions for multiple generations of homelessness and poverty. He closed over 11,000 hospital beds and 39 hospitals. And now, after laying the foundation for the privatization of long-term care, Mr. Harris is profiting from the failed privatized system he helped create."

Lougheed says the Ford government refuses to spend the money necessary to address the COVID-19 crisis in long-term care that has left over 200 homes in outbreak and cost nearly 3,000 seniors their lives.

"Instead, Doug Ford is choosing to focus on honouring consummate Conservative insider and privatizer-in-chief, Mike Harris,” she says.

Upon the announcement of the Order of Ontario appointees last week, Lisa MacLeod, Minister of Heritage, Sport, Tourism and Culture Industries for the Ontario PC Ford government said in a statement, "These exceptional individuals inspire us and represent the very best of our great province."