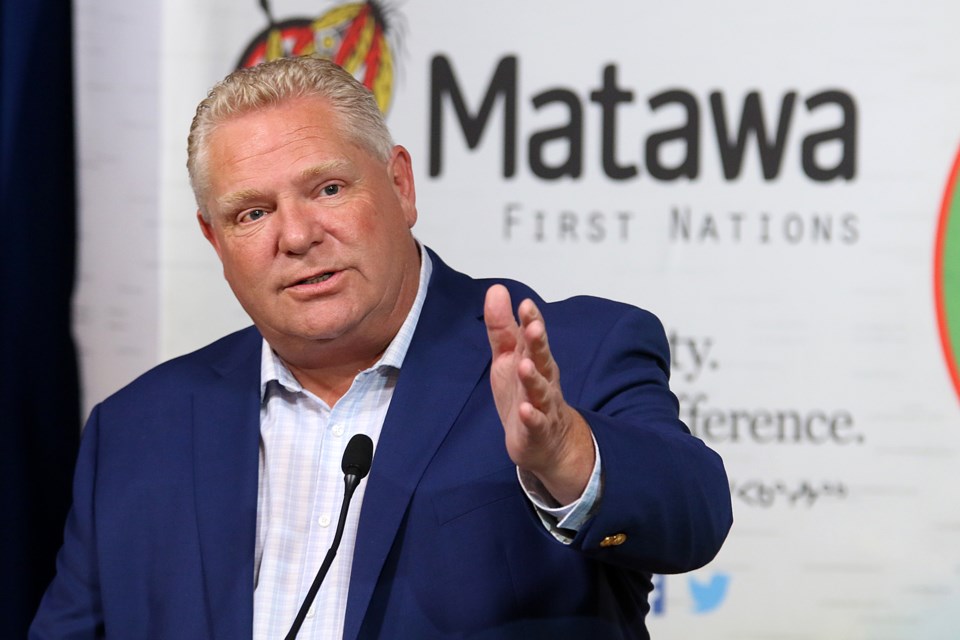 Fort Albany First Nation, a Mushkegowuk Cree community on the west coast of James Bay, outlined its concerns about new changes to the Environmental Assessment Act (EAA) in a letter released Friday.

The changes, which include giving government more discretion over which projects go through the environmental assessment process, were officially passed into law Tuesday as part of omnibus Bill 197 (COVID-19 Economic Recovery Act, 2019), a package of changes touching on 20 different pieces of legislation.

The government passed the bill over warnings from Ontario’s auditor general that it had not met legal consultation requirements under the Environmental Bill of Rights. The omnibus bill was passed in just 13 days, while the auditor general says a 30-day consultation period is legally required.

“Fort Albany First Nation is deeply troubled at the rapid and potentially illegal passage of Bill 197 by the Government of Ontario in the face of significant outcry and opposition,” the Fort Albany letter reads.

“These changes are part of an ongoing effort by this government to overhaul Ontario’s environmental protection regime, in support of its promise to ‘cut red tape’ in support of economic interests,” it continues. “Too often this has seemed to mean weakening protections for vulnerable species and ecosystems, based on the false idea that we can have a healthy economy without a healthy environment.”

It’s not the first time the Ford government has come under fire for skirting consultation requirements on environmental issues. The Ontario Superior Court found last year it had violated the Environmental Bill of Rights when it cancelled the provincial cap-and-trade program without the required notice period.

Fort Albany First Nation is calling on the government to repeal the legislation and restart a process to reform the EAA in consultation with Indigenous groups.

“Any changes to environmental protections are important for us, because the exercise of our Inherent, Aboriginal, and Treaty rights is inherently connected to the wellbeing of the environment."

The full statement is posted on the community’s Facebook page.

Red Lake residents ordered to evacuate as fire closes in
Aug 11, 2020 7:56 AM
Comments
We welcome your feedback and encourage you to share your thoughts. We ask that you be respectful of others and their points of view, refrain from personal attacks and stay on topic. To learn about our commenting policies and how we moderate, please read our Community Guidelines.

Sunny and warm summer day ahead
0