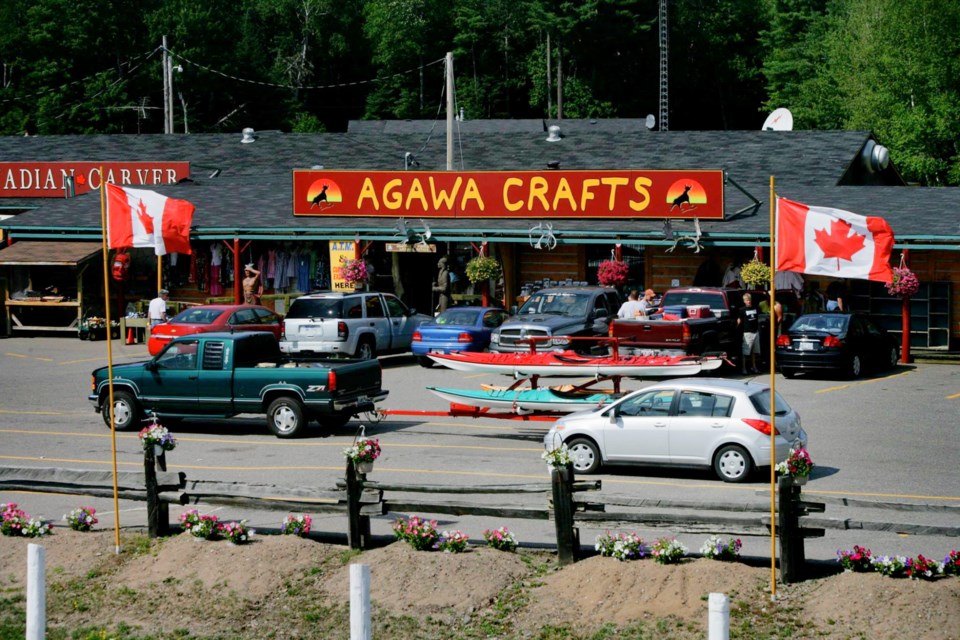 PANCAKE BAY — When Serpent River First Nation Economic Development Corporation (SRFNEDC) heard Agawa Crafts and the Canadian Carver was up for sale, staff members took the roughly 250-kilometre drive up to Pancake Bay in search of some closeout deals.

The not-for-profit entity eventually ended up taking much more than that - in a Jan. 7 news release, SRFNEDC announced that it had acquired the popular tourist stop from owners Jerry and June Demers for an undisclosed amount.

Special projects manager Miles Reid says the acquisition makes sense given the “synergies” that exist between Agawa Crafts and the Canadian Carver and the Serpent River First Nation Trading Post, which has been serving travellers on Highway 17 for more than three decades.

“We initially just went to buy some inventory off of them at a discount to sell in our store,” Reid told SooToday Tuesday. “It ended up going a lot further than that.”

“We found that there were a lot of synergies between what we currently have here in Serpent River First Nation and what they’ve got operating up at Pancake Bay, so we decided that we were going to see what we can do about purchasing it.”

According to SRFNEDC, the sale of Agawa Crafts and the Canadian Carver closed just before Christmas.

Reid says that profits from the tourist stop - located 75 kilometres north of Sault Ste. Marie - will go toward roads, housing and other projects in Serpent River First Nation.

'It's a younger person's game now'

The sale of Agawa Crafts and the Canadian Carver also affords Jerry Demers an opportunity to retire alongside his wife after nearly 50 years in the retail and service industry.

“It’s a younger person’s game now. I don’t even run computers myself,” said Demers with a chuckle. “I’m still counting on my fingers.”

“It’s time to retire and do other things - visit with grandchildren and different things like that. Maybe travel to see some of the places that all our visitors have been telling us about over the years.”

The Demers have agreed to stay on as consultants for SRFNEDC during the transition phase, which will include purchasing inventory and making arrangements with suppliers over the winter months in preparation for getting everything up and running in the spring.

“We plan on living in the area, so we’re certainly going to be available to help them out and guide them as they move forward,” Demers said.

As many as three current staff members at Agawa Crafts and the Canadian Carver will be retained by SRFNEDC, one of which has been tapped as the tourist stop’s manager going forward.

Demers says that his former business employs anywhere from 48 to 59 people during the summer months.

For many employees working there, Demers says, it’s often their first job.

Reid says there will be plenty of accommodations for workers in Pancake Bay, and by the sounds of it, many of those workers will be hired from First Nations along the north shore of Lake Huron.

“There are bunkhouses up there at the dining hall, and we hope to be able to activate those so we can have not only members of our community, but members from the First Nations between Serpent River First Nation and Batchewana First Nation,” Reid said.

Although the ownership has changed, Agawa Crafts and the Canadian Carver will, for the most part, remain exactly the same in order to cater to its built-in loyal customer base.

“We don’t want to change a thing,” said Reid. “The business has been operating for over 40 years now and they’ve been doing so well, especially in the last 15, even 20 [years].”

“We don’t want to change a thing. They’ve had friendly customer service throughout the entirety of the business, and we want to keep that going.”

Agawa Crafts and the Canadian Carver originally opened its doors in 1971.

Ontario reports 412 new cases of COVID-19, 27 deaths
May 23, 2020 12:00 PM
Comments
We welcome your feedback and encourage you to share your thoughts. We ask that you be respectful of others and their points of view, refrain from personal attacks and stay on topic. To learn about our commenting policies and how we moderate, please read our Community Guidelines.