Goulais River's Rodgers family, each of them home schooled, are enjoying the transition to community college
Jan 30, 2017 8:12 AM By: Darren Taylor 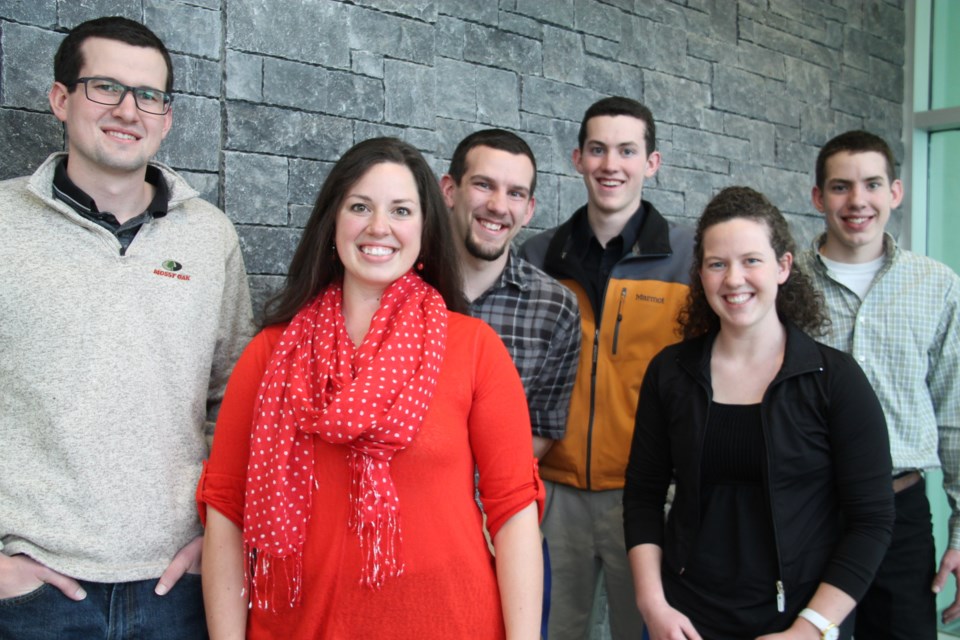 It isn’t often one postsecondary institution has six members of the same family in its classrooms, labs and shops at the same time, but four sons and two daughters of Goulais River’s Rodgers family are currently studying full time at Sault College.

Isaac and Jethro are studying in the college’s civil engineering technician program, Grace is working toward her nursing degree, Gideon and Elijah are applying their hands to mechanical engineering, while Lydia, already a graduate of the college’s culinary skills-chef training program, is now studying business management.

Two other Rodgers siblings, Anna, 29, and Reuben, 26, previously graduated from Sault College with diplomas in forestry and electrical engineering respectively.

“My grandfather thinks we should change the name of the college to the Rodgers Institute of Knowledge,” Grace chuckled while speaking to SooToday.

Most of the family members were born in Prince Edward County, near Belleville, Ontario.

The family has called Goulais River home since 2007.

Each of the six were home schooled by their parents in Goulais River.

Their father, Robert, is a former OPP officer and now operates a southern Ontario based home security business from the family’s Goulais home.

Their mother, Jane, is a stay at home Mom.

“That’s the biggest job, I think, a job in itself,” Grace smiled.

The sons and daughters of the Rodgers family have transitioned from home school to a community college environment superbly.

Far from being sheltered, the Rodgers family had experience interacting with others outside the home school environment through working part-time jobs, serving in air cadets and taking part in 4-H activities.

Each has reached out and made friends among their college classmates.

Each of the boys agreed they love the hands on aspect of their college programs.

“I found it was actually easier being home schooled,” Grace said, saying the extra discipline required to study at home has better prepared her for success in her college studies.

“I absolutely love it here, the teachers in culinary were super helpful, and the business program is really good for entrepreneurship,” Lydia said.

“I think it would be really neat to open up a cafe, to be a business partner or manager of a restaurant.”

The family enjoys outdoor sports, hiking, the beauty of nature and some of them have a love for music, painting and drawing.

The majority of them stated they would like to live and work in the Sault and area after graduation, though Grace said she would like to work as a nurse overseas, in needy areas of the world.

Evangelical Christians, each of the six family members firmly believes he or she is following God’s plan for their lives in their respective programs of study and believe in extending graceful, compassionate helping hands toward others.