Online camp important to help kids cope through the summer and the pandemic, president of the Tim Horton Children's Foundation says
Jun 25, 2020 7:38 AM By: Mackenzie Casalino 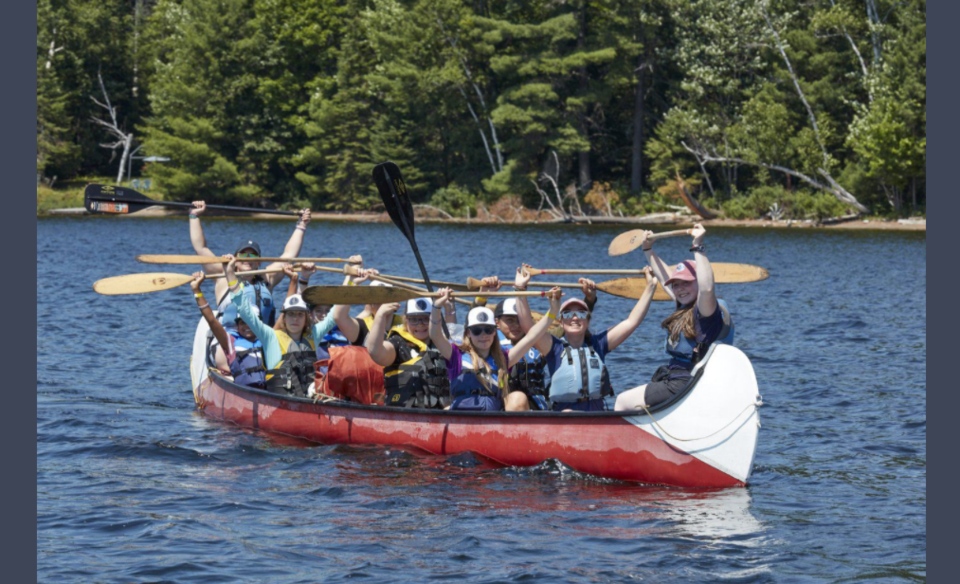 It was the first time she’d been away from home.

Now, Dudgeon, 14, is attending her third year at camp, but this time it’s online.

“It’s just awesome being there and in the moment, but it’s just going to be different having to log on to a computer or device.”

Dave Newnham, president of the Tim Horton Children’s Foundation, says hosting an online camp was important to help kids cope through the summer and pandemic.

“We had a choice. Do we just hibernate and wait until the time in the future where, from a public health standpoint, we can invite kids back to camp?

“We were concerned with that, because we knew that for kids that really needed us . . . and this was really something meaningful in their lives, that we would just simply not be there for them. That wasn’t acceptable for any of us.”

It was a creative challenge to get the camp running online.

“We can’t wait until we can be back to opening up the doors of camp and creating the magic of this camp community,” Newnham says.

That, he says, is where “some amazing growth and development takes place.”

This year, instead of the camps being one week long, they will take place over eight weeks from the beginning of July to the end of August.

So far, more than 3,200 kids have signed up for the camp and Newnham says they’re expecting more.

“We’re really thrilled that we have that number of kids that saw this is something meaningful and really wanted to jump into it. And we know that that number is going to continue to grow.”

Kids will be divided by age groups into online “cabins,” similar to how they would be grouped at camp into cabins, where they can meet their counsellors and fellow campers.

Newnham says activities will take place between 10 a.m. and 7 p.m., ranging from educational programs and online games to cooking and other skill-based exercises. For some of the older kids, there will be career-ready skills like writing a cover letter or resume.

He says they have their own platform called The Compass, an app developed by the Tim Horton Children’s Foundation, which the kids can use to interact with one another.

For those who may not have an electronic device, the camp will contact individual families about providing them with laptops and other equipment, just as it would provide them with supplies for regular camp.

“Some need devices, some need support with internet or wifi. So we’re working with each kid and each family, really, individually, to see what we can do to make sure that they’ve got the ability programming.”

“It’s easiest for me to just (be there) in person because I can see their intention and their tone and their emotion.

“But online, it’s just really hard sometimes when you have any conversation. You could be saying something and I could interpret it completely different than how you said it and then it could lead the conversation differently.”

Newnham says while the camp may be different online, it will still, hopefully, have the same outcome.

“It’s not the same to interact with people online than it is to interact with them in person and actually put our devices away and develop those skills about relating and working with others … that we can do at camp. But it’s also, in this environment, it’s a great alternative in order to be there in a way that we can and we really wanted to.”

All seven camps across the country will be adapting to this eCamp approach says Newnham.

He says it’s the real reason the camps exist.

“Camp isn't really about paddling a canoe or hiking on a trail. It’s about those inner relationships. We go with the other people and what the inspiration camp’s all about. So we’re trying to bring that, all of that, into this new format of doing it until we can get back to camp.”

Dudgeon says it’s a fresh start for many.

“So they don’t know anything about you. So you tell them what you’re about who you are when you get there. Because then they only know you for who you are.”

Despite camp being different this year, Dudgeon says she wouldn’t miss it.

“Camp was always really important for me during the year because it’s that week that I look forward to meeting all these new people, new friends that will last a lifetime, experiences we all remember for a long time. And I’d rather do that online than not do it at all.”

Local Journalism Initiative reporters are funded by the Government of Canada.

About the Author: Mackenzie Casalino

Mackenzie Casalino is a Local Journalism Initiative reporter who works out of the North Bay Nugget. The LJI is funded by the government of Canada
Read more