Timmins microbrewery gets green light to set up shop 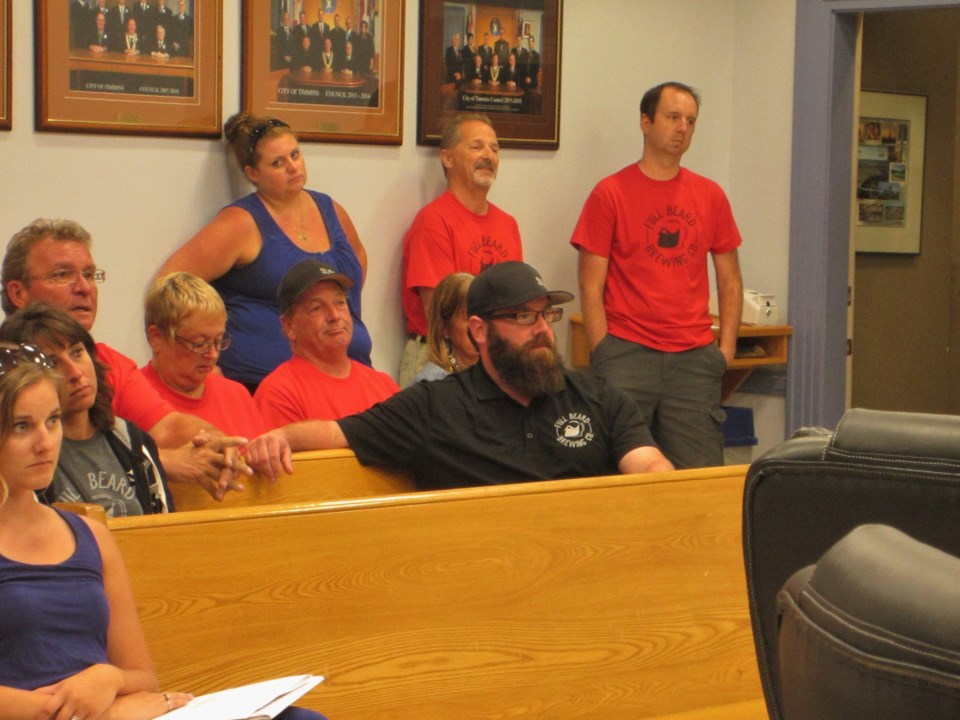 Commercial brewing has returned to Timmins.

Full Beard Brewing had its zoning amendment officially and unanimously approved by council to begin a microbrewery at 219 Wilson Avenue.

Founder Jonathan St. Pierre was joined by the Full Beard entourage and other supporters in awaiting the official approval. They sat through the majority of the four-hour meeting before the item was up for council vote, although it was all but a formality.

"Thank you to the members of our audience, who've been waiting patiently all night for this. Hopefully it was worth the wait," said Mayor Steve Black.

Once it was official, a loud roar of applause shook the council chambers, and the Full Beard crew was on their merry way.

"Congratulations and best of luck. Hopefully when you're done building, we can all return there and get a drink," said Black with a laugh.

The zoning amendment was a minor one, to change the lot from a 'general commercial' to 'general commercial-special'. This will allow Full Beard Brewing to not only produce beer, but they'll be able to sell their products, have a tasting room, as well as a licensed patio.

At the previous council meeting, the proposal was opened for consultation from the public, and notices were sent to all property owners within a 120 metre radius.

According to the documents in Monday's council package, no opposition was received. It stated there wasn't any negative impact on other nearby businesses anticipated.

The brewery will have an annual capacity of 500,000 litres.

Regarding potential concerns about aromas, air quality and increased noise in the neighbourhood, the 'D-6 study' for the project states:

The brew kettle whirlpool exhaust vent, the main source of odour emissions, will be located on the north side of the building near Wilson Avenue, and will be approximately 30 metres away from the nearest residential property.

Full Beard Brewing hopes to be in operation by late November.

Sault business owner apologizes for 'making light' of BLM movement
Sep 23, 2020 7:50 AM
Comments
We welcome your feedback and encourage you to share your thoughts. We ask that you be respectful of others and their points of view, refrain from personal attacks and stay on topic. To learn about our commenting policies and how we moderate, please read our Community Guidelines.