Wynne made the remark this afternoon at Northern Heights Public School in Sault Ste. Marie.
Aug 9, 2016 8:15 AM By: David Helwig 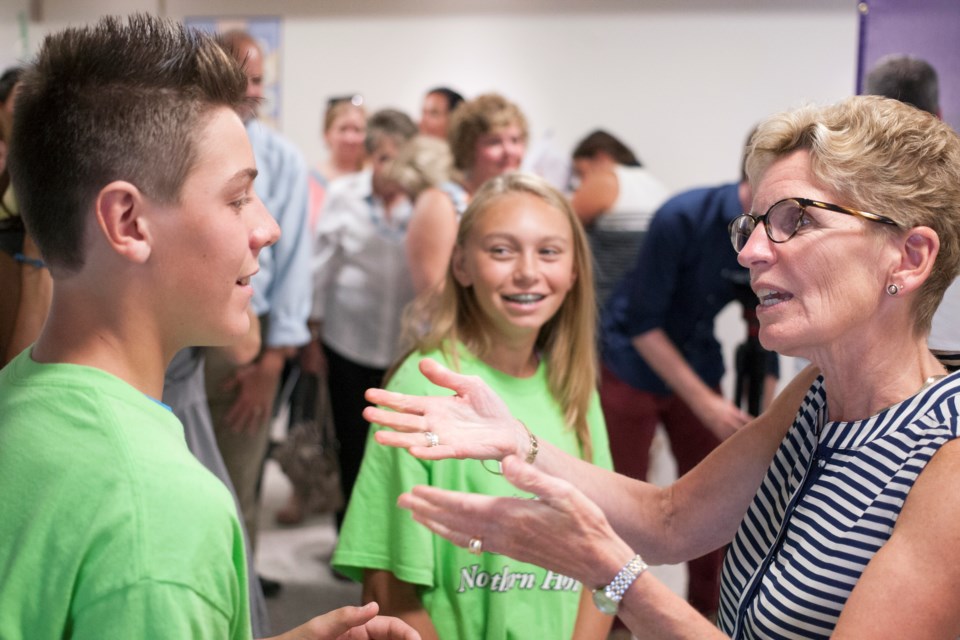 Premier Wynne made the remark this afternoon in response to a question from Gavin Smith, a Grade 7 student at Northern Heights Public School in Sault Ste. Marie.

Wynne visited Smith's school at 210 Grand Boulevard to announce a $120-million increase in funding for repairs to Northern Ontario schools.

Smith was one of five student ambassadors who took the premier on a tour of their school.

When he asked Wynne her opinion of Donald Trump, the premier talked to Smith about what she perceives as the Republican candidate's lack of respect for others.

Respect for others and their unique skills is a key value emphasized at Northern Heights.

During a trip to Washington, D.C. in June, Premier Wynne expressed serious misgivings about Trump, describing him as someone who is “intent on being divisive, who is intent on ignoring the realities of the global economy, and doesn’t see the benefit of an inclusive, pluralistic society."

“A candidate who is as misogynist as the Republican nominee, who is blindly protectionist and seems to be uninterested in global collaboration and co-operation would be a very difficult challenge for Ontario and Canada to deal with.”

Premier Wynne is currently on a one-week tour of more than a dozen Northern Ontario communities.